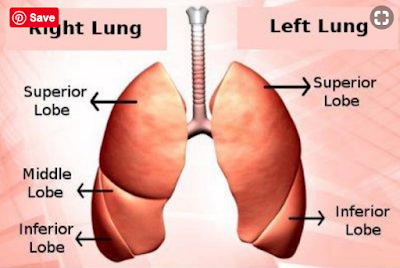 
stock here-- text and interpretation below from the chan boards.

A quick review of her life indicates that she was a pretty and talented "gal".    She joined a Jewish sorority and was a twirler.

It appears, as expected, that MSM is covering up the extent and enormity of this news.

It also completely bypasses the ramifications, that a day after a partial lung removal that was cancerous, that on serious pain medications, no person could be expected to "vote" at the highest levels of our court system, the supreme court.    Apparently she "voted" from the hospital, and was the swing vote to knock down a Trump executive order to limit amnesty claims from immigrants.

I find it interesting that her father is a Russian Jew immigrant, and her  mother is a New York Jew.


US Supreme Court Justice Ginsberg will not be on the bench Monday as the court resume oral arguments; follows recent cancer surgery; she will work from home - @PeteWilliamsNBC pic.twitter.com/qJK7Yt1eNd
— MSNBC (@MSNBC) January 7, 2019


An hour long interview, if you are interested.    She believes that "sexism played a prominent role in the 2016 presidential election".

RBG had a lobectomy on her left lung. It is important to understand the scope of this procedure has a cut off of usually mid-70s for surgery approval, a few cases at age 80. So at 85, no medicare, even good supplemental insurance would cover for a person her age. This procedure would have be done by a rogue doctor charging exorbitant fees in an ultra private setting--- bottom line if this was your Grannie, she would have been given sedatives for comfort and classified as hospice.
Now lets talk about the lobectomy itself. Our lungs have 5 lobesJPG the right has 3, the left has 2. RBG had her left inferior lobe removed.
Medfag on Chan yesterday had this to say-


Medfag take on RBG
First, lets look at her history. Pancreatic and Colon cancer. Both have high rates of metastatic spread. She "beat" (spoken more as a prayer by the left than any scientific based assessment) both.
Several items can be taken away from her recent history.


"Justice Ruth Bader Ginsburg underwent a pulmonary lobectomy today at Memorial Sloan Kettering Cancer Center in New York City. Two nodules in the lower lobe of her left lung were discovered incidentally during tests performed at George Washington University Hospital to diagnose and treat rib fractures sustained in a fall on November 7. According to the thoracic surgeon, Valerie W. Rusch, MD, FACS, both nodules removed during surgery were found to be malignant on initial pathology evaluation. Post-surgery, there was no evidence of any remaining disease. Scans performed before surgery indicated no evidence of disease elsewhere in the body. Currently, no further treatment is planned. Justice Ginsburg is resting comfortably and is expected to remain in the hospital for a few days. Updates will be provided as they become available."
Medfag response…It is important to note that this assessment was given by officers of the Court, not the actual physician performing the procedures or managing her care.
More info has also come out as to the exact procedure that was performed. They did not take out the nodes, they did an entire lobectomy. That is not a minor surgery. She is thin and likely would have had a less invasive procedure than a full thoracotomy but it would still be a significant surgery particularly given her age and prior health concerns.
Another concern that I didn't voice earlier was the lymphdenopathy on her right neck (the large lump seen on numerous pics of Ginsburg).
The only real reason to elect to do surgery at her age is either palliative or to develop an autologous vaccine type therapy specific for the cancer.
I can of course be completely wrong, but the assertion of the court that she is free and clear seems to be premature.


She called for the sex-integration of Boy Scouts and Girl Scouts because they “perpetuate stereotyped sex roles.” (Page 145)

She insisted on sex-integrating “college fraternity and sorority chapters” and replacing them with “college social societies.” (Page 169)

She even cast constitutional doubt on the legality of “Mother’s Day and Father’s Day as separate holidays.” (Page 146)

Ginsburg called for reducing the age of consent for sexual acts to people who are “less than 12 years old.” (Page 102)

She objected to laws against prostitution because “prostitution, as a consensual act between adults, is arguably within the zone of privacy protected by recent constitutional decisions.” (Page 97)

On the other hand, her view of the traditional family was radical feminist. She said that the concept of husband-breadwinner and wife-homemaker “must be eliminated from the code if it is to reflect the equality principle,” (Page 206) and she called for “a comprehensive program of government supported child care.” (Page 214)

Ginsburg wrote that the Mann Act (which punishes those who engage in interstate sex traffic of women and girls) is “offensive.” Such acts should be considered “within the zone of privacy.” (Page 98)


She demanded that we “firmly reject draft or combat exemption for women,” stating “women must be subject to the draft if men are.” But, she added, “the need for affirmative action and for transition measures is particularly strong in the uniformed services.” (Page 218)

She even wanted he, she, him, her, his, and hers to be dropped down the memory hole. They must be replaced by he/she, her/him, and hers/his, and federal statutes must use the bad grammar of “plural constructions to avoid third person singular pronouns.” (Page 52-53)

Not only did Ginsburg pass former President Bill Clinton’s litmus test of being pro-abortion, but she was also on record as opposing what was then settled law that the Constitution does not compel taxpayers to pay for abortions.

In her chapter in a 1980 book, Constitutional Government in America, she condemned the Supreme Court’s ruling in Harris v. McRae and claimed that taxpayer-funded abortions should be a constitutional right."

The full article can be read at this link -
http://humanevents.com/2005/08/23/senators-overlooked-radical-record-of-ruth-bader-ginsburg/

The Ginsburg turd, which feel out of Madeline Albright's derriere, should have been flushed long ago.