Amazing that a group would insert itself right into the middle of the Christian holiday season.

Apparently this happened in 1966, but first crossed my radar today.

What do you think?

If Feinstein is promoting it, the horse deserves a tighter look at the mouth.

Submitted by a reader, the narrative is caught in the act.

Happy start of #Kwanzaa to those celebrating across California and the U.S. I hope it’s a joyous holiday with family and friends.
— Sen Dianne Feinstein (@SenFeinstein) December 26, 2018 ">

And if the libs on the Hill need to toss out the bigot word....

The tweet below features a long enough self interview of Candace Owens laying out the reality.  And here is her website.

The "holiday" itself is interesting, do a Duck on it (I am no longer suggesting Googling 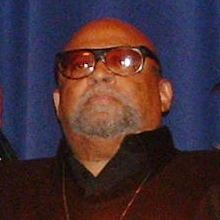 anything, as well as avoiding purchases on Amazon whenever possible, although I still love their reviews of products as part of a due diligence.


In what was ultimately a foolish gamble, during the madness of the ’60s, the FBI encouraged the most extreme black nationalist organizations in order to discredit and split the left. The more preposterous the group, the better. By that criterion, Karenga’s United Slaves was perfect. In the annals of the American ’60s, Karenga was the Father Gapon, stooge of the czarist police. … United Slaves were proto-fascists, walking around in dashikis, gunning down Black Panthers and adopting invented “African” names. …