I bring this up, because I think that we can change things for the better.

My Alma Mater, Northwestern University, last year I noticed was sending out totally slanted, liberal based emails that quite frankly I took offense to.   They were so sure that "they were right".   And this is the mentality of those who THINK they hold the high moral ground, in that they have no need to consider any other viewpoint, or have any empathy for how someone with a differing viewpoint may feel when having a very specific and non-studied view, rammed down their throat (presented as fact).

I sent a detailed note, via email, to Northwestern and explained, that if they had any interest in not alienating their richest and strongest earning class of alumni who could provide donations, that they needed to be careful avoid just spouting the Social Justice Warrior meme.   And it seemed to take immediate and lasting effect.   They "improved".

We should in similar fashion remind our "media" and social media that of the 16 personality types (Briggs Meyers), more than half will be very put off by a one sided "presentation of information".

Why more than half, since the spectrum of how the 16 types divides into classic liberal and conservative view, is roughly half if each type had to "take a side" but some on the spectrum, like the ENTJ that I am, have both liberal and conservative aspects of our personality.    And WE  WILL BE PUT OFF, by a simplistic "that's the way it is" presentation of information without any critical analysis.

Why am I staunchly Conservative in most of my presentations, even though holding many classically liberal views?   Simple, the liberal view was the easiest for the Globalist to Co-opt, to takeover, and to mold it into their purposes, so they did.    Open borders is bat shit fucking insane, and yet many push it, because that is "the liberal view".     The co-opted liberal view is mostly wrong, and their is a battle on, a battle for the very soul and control of our Country, USA.

They quote a few studies to support their views. 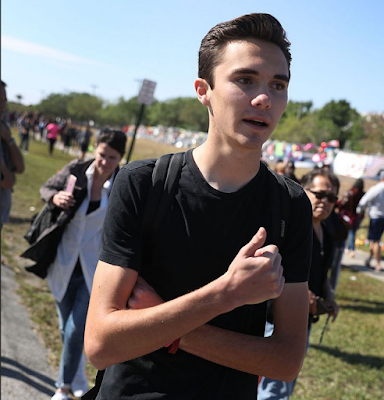 The first study had a bad link to the Harvard study.    Just saying....a school like Harvard, that let's in
lying David Hogg, from the famous shooting in which the Coward of Broward refused to enter the school to stop the shooter, and now famous disgraced and fired Sheriff Israel was prior caught on video telling officers NOT TO ENTER an active shooter situation.   Hogg's father is CIA, and the ramifications should be obvious.    And sorry, but I have no respect for little soy boy twig arm idiots who act as tools for the Globalists.

The second study used a proprietary software to somehow track decision making, and to somehow get people to make decisions on their own, and then revisit that decision as a team of varying diversity. 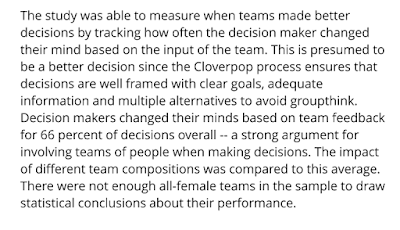 be determining whether the single person making a deicsion, changed their mind, when others were involved.   It DID NOT analyze the sucess of the group decision OUTCOME, simply whether a deicsion was changed.

Now that may play out in reality, but I am not buying it without quite a bit of additional research and statistics.    I call bullshit until proven with at least some evidence.

This white paper lays out a compelling new Cloverpop study with concrete recommendations that reveal how your company can: