stock here.
Back in Hawaii, and even though busy, must keep an eye on my own neck of the woods.

So when I see a quake on a map of Hawaii, I pretty much know whether it is a caldera strike based on position.

And 1975 saw a big quake that they immediately linked to Volcanic activity.   Just last week USGS
went on record as not being able to "prove" that EQ and Volcanoes where linked. 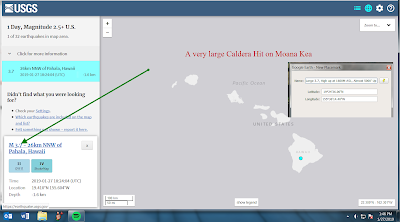 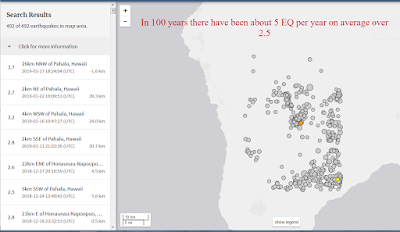 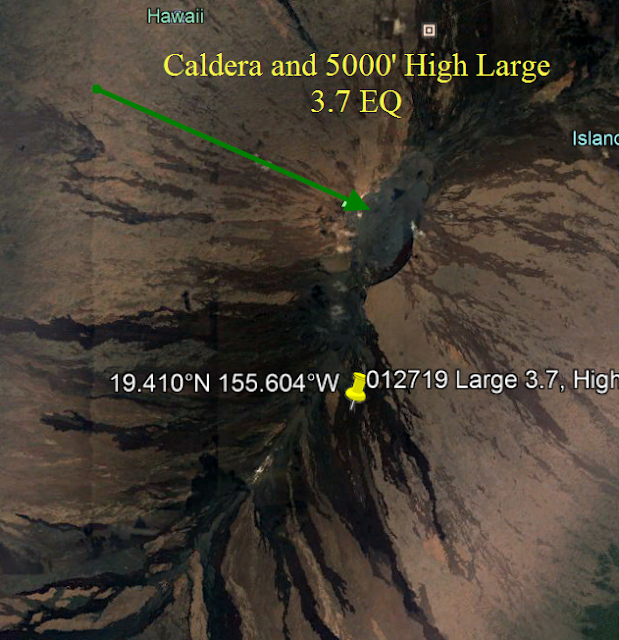 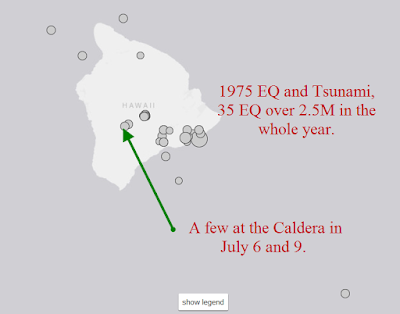 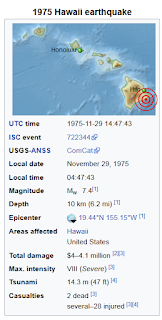 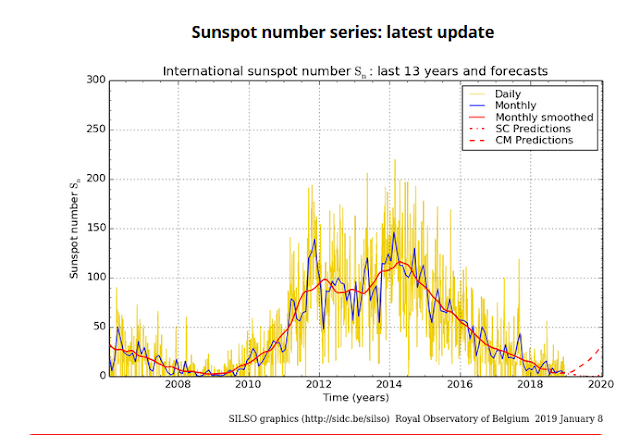 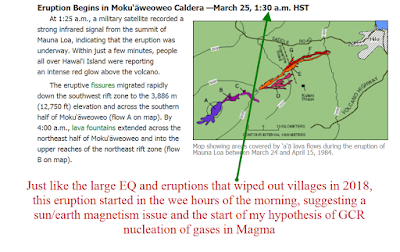 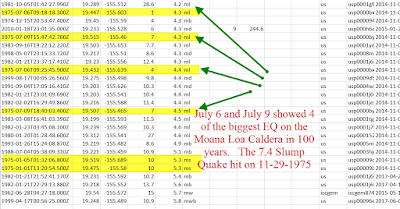 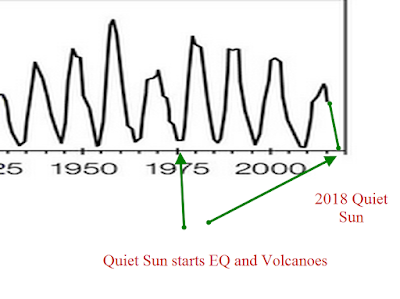 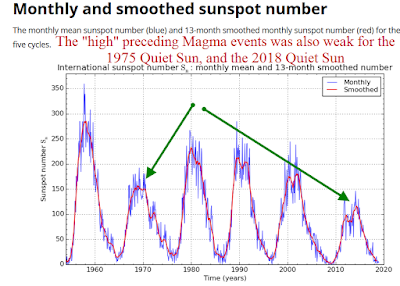 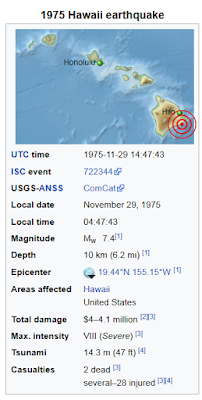 What does the "magma chamber" of moana loa look like and where is it, and how does it interact with Kilauea?

Wikipedia thinks they know something, from inflations.   They should be using 3D earthquake plotting instead, I will someday.

Simplified geophysical models of Mauna Loa's magma chamber have been constructed, using interferometric synthetic aperture radar measures of ground deformation due to the slow buildup of lava under the volcano's surface. These models predict a 1.1 km (1 mi) wide magma chamber located at a depth of about 4.7 km (3 mi), 0.5 km (0 mi) below sea level, near the southeastern margin of Mokuʻāweoweo. This shallow magma chamber is significantly higher-placed than Mauna Loa's rift zones, suggesting magma intrusion into the deeper and occasional dike injections into the shallower parts of the rift zone drive rift activity; a similar mechanism has been proposed for neighboring Kīlauea.[25] Earlier models based on Mauna Loa's two most recent eruptions made a similar prediction, placing the chamber at 3 km (1.9 mi) deep in roughly the same geographic position.[26]

This commentor is SPOT ON!

Neglects to point out that we are in a Solar minimum, and the solar cycles have impact on volcanoes & climate worldwide. Directly conflicts with global warming socialist dogma.. Compared to the mass of the Sun the Earth is less than a grain of sand.﻿