Radicalized Headline: Some Hate Trump So Much, They Are Willing to Kill Babies 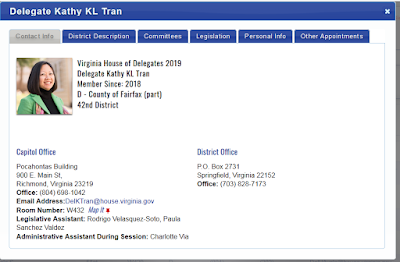 I need to add this in.   Undercover video of abortion center discussing and plotting for selling of fetal body parts and whole cadaveurs in bulk (120 cadaveurs) like they were selling pork bellies or something.

Never in History has existed such
a Huge aborted Baby Business

Satan has experienced Evil on the
way to his Hot Hell

Recently, New York passed a law that gives a woman the right to demand an abortion at any time,
prior to actual baby being no longer present in her body.   i.e. 2 minutes before birth, the woman could freak out, and demand that the medical staff kill the "fetus".

If the medical staff did not follow this basic right, they would be guilty of a crime, and maybe other crimes, of failure to give aid.    They would in theory also be breaking the Hippocratic oath.

Adding information on the NY debacle

As reported by LifeNews.com, the legislation’s wording suggests that botched abortions, in which an unborn baby ends up being birthed rather than murdered, can be attempted again after that baby has left the birth canal.
“When an abortion is to be performed after the twentieth week of pregnancy, a physician other than the physician performing the abortion shall be in attendance to take control of and to provide immediate medical care for any live birth that is the result of the abortion,” the law reads.
In other words, should a baby be born instead of aborted as intended, another physician can step in and engage the process a second time.
“This law guarantees it, sweeping away a large chunk of the penal codes that protected abortion survivors,” Tony Perkins, President of the Family Research Council, told LifeNews.com about the provisions.

House Dems in VA propose legislation to allow abortions while the mother is having the baby. Whatever your views on abortion, this is straight up infanticide. Truly sick. pic.twitter.com/7X2v1oouHV
— Paul Joseph Watson (@PrisonPlanet) January 30, 2019


Here is where you can contact her, amusingly at the Pocahontas Building

Here is the bill

Abortion; eliminate certain requirements. Eliminates the requirement that an abortion in the second trimester of pregnancy and prior to the third trimester be performed in a hospital. The bill eliminates all the procedures and processes, including the performance of an ultrasound, required to effect a woman's informed written consent to the performance of an abortion; however, the bill does not change the requirement that a woman's informed written consent be first obtained. The bill eliminates the requirement that two other physicians certify that a third trimester abortion is necessary to prevent the woman's death or impairment of her mental or physical health, as well as the need to find that any such impairment to the woman's health would be substantial and irremediable. The bill also removes language classifying facilities that perform five or more first-trimester abortions per month as hospitals for the purpose of complying with regulations establishing minimum standards for hospitals.