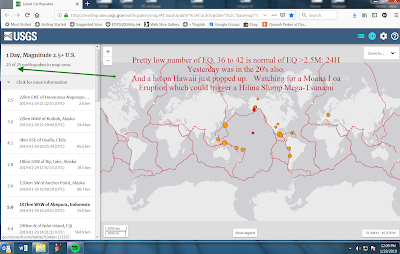 Unfreaking Believable, I have seen this 4 times now in 2 months, and NEVER before that.   They Disappeared a Caldera Hit EQ!!!!!!!

First review the "hiding", then below, my warning for a Big Quake and I am specifically calling for California / Cascadia OR Kamchatka West.    7.2 minimal up to 8.5 (these are purely guesses based on gut, not based on Dutchsinse type "EQ Math"

Yesterday, I published a massively important finding that Magma nucleation or activation is directly influenced by "Quiet Sun" using Moana Loa records back to the early 1800's.    This will potentially change the entire field of Earth Sciences

Note the timestamps in lower right of the screen shots.    See the red hit on Hawaii, and in the Google Earth I pin this location to a Caldera Side Port Hit.

Then look at the last Graphic, just minutes after I grabbed the data, they disappeared it!!!   And they wonder why we don't trust them. 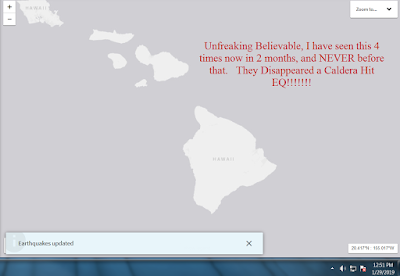 And very obviously absent, there are ZERO  EQ on the whole west coast NA.

And some unusual EQ activity in Poland, by a unique geographical feature.   See below.    And what was that 1984 (On Pearl Harbor Attack day, Dec 7) in Germany? 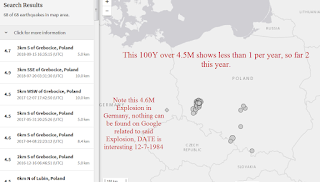 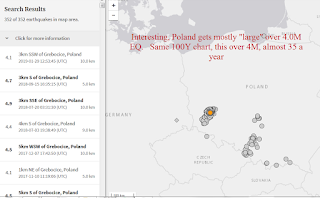 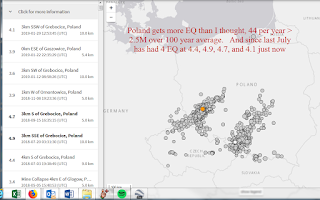 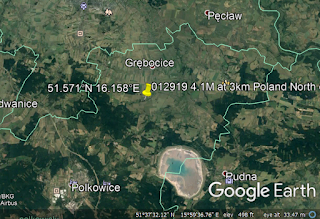 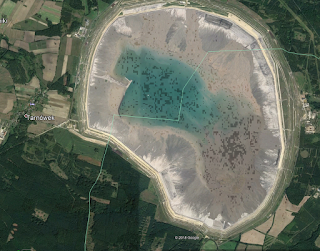 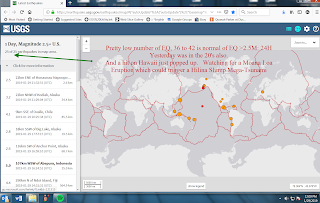