Nukepro Get Trolled By Who Other Than Jay T. Cullen 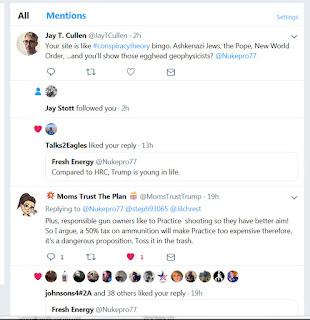 Hilarious, this just appeared, not just in my Twitter feed, but my specific notifications.

"The" testing the wrong thing, no radiation here, U Vic professor, Jay Cullen, trolls my site.   That is a sign of the times.

Looks like some Marine Scientists are trying to educate themselves at the Nukepro, LOL

Funny how the system attacks all those who expose the hilarity and hypocrisy of "the system".

So of course the war mongers (80% of our Federal Government) really hate her.

A Kremlin Spy, a Putin Puppet.

And for this she has been the target of the worst kind of smear campaign, one that was internally generated by a US funded, DNC-enabled, opposition firm. No longer is it enough to bomb or gas people overseas in false flag operations to keep the electorate braying for war.

I know Tulsi, and her dad who was the Energy Chair in Hawaii when solar was flying the fastest.     Drank beer with Mike and my friend Karl who was friends with him.    She is anti-war.   She is the farthest thing from a Putin Puppet as anyone in government.