An 11 Point Strike Plan Against Pedophilia, Child Trafficking, and Worse


Adding this.    People are getting tired of a system that doesn't punish, or does too slowly, or too lightly, these abusive people in positions of authority.

Well... as it turns out, that's okay because what is coming is/are MOABS that can't be ignored. Let's look at the attack plan.


And there seems to be a push to legalize sex with children.    Check out the views of RBG for one, and by the way, where has she been of late, is she still voting and planking?    She started out as a feminist who did change some things that needed to be changed, but  the success, power, and privilige gained from that traction, went to her head, and she went off the deep end.    IMNSHO

Strike 1. Jeffrey Edward Epstein. Got caught but only got a slap on the wrist. Just like the R. Kelly drama, the victims of Epstein are re-mounting their attack. The people involved in the cover up and prosecution are going down with him. This treasure trove of elites who used his services will go down with him and it is the who's who in world politics, money and control.

More on Epstein and PizzaGate
https://flyingcuttlefish.wordpress.com/2019/03/12/epstein-pedo/

Strike 2. Follow the White Rabbit.... Hugh Hefner. Hugh wasn't stupid. He filmed it all. Think all his friends only liked grown women? Think again. He had the largest collection of compromising videos of anyone on the planet (in CIA control). The list of people he compromised (and gave to the CIA) is unfathomable. This is about to come to light. Not only will it expose thousands of people of power but will also expose the CIA blackmail scheme. This brings down Hollywood, Politicians and most importantly it is the start of the public dismantling of the CIA along with their child trafficking enterprise. 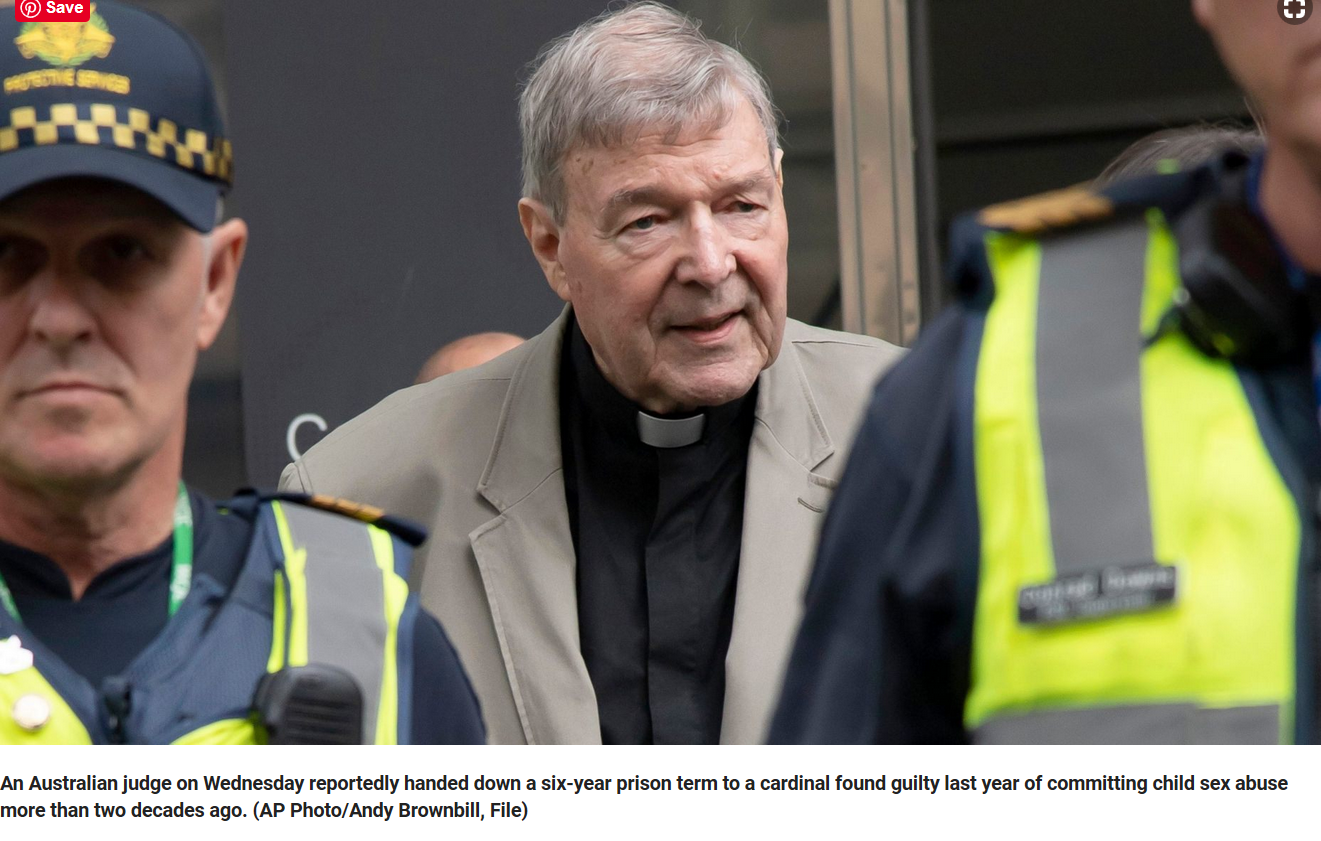 Strike 3. All roads lead to the Vatican. The Vatican elite and establishment has always been the 300

ton pedophile elephant in the room.
https://www.foxnews.com/world/australian-cardinal-george-pell-given-6-year-prison-sentence-for-child-sex-abuse-report
These tentacles also reach deep into the powers running our world.... worldwide. Bribery, blackmail, payoffs and trafficking rings formerly immune to prosecution. This might be the biggest of them all. It is currently dismantling itself right in from of our eyes and it is only the tip of the iceberg. The Royals and UK are one of the first big dominos to fall with them.


Strike 4. The Clinton Foundation. This investigation goes all the way back to Bill Clinton's Governorship in Arkansas and will show all the same players involved in the first three strikes are involved in this one too. God only knows if "FrazzleDrip" will see the light of day. House of Cards.

Strike 5. Hollywood. Think Harvey Weinstein was a lone wolf? Adam Shit and the Standard Hotel. Victims blowing whistles. Children casting couch. No end to this nightmare. An Emperor with no clothes to join our elephant in the Vatican. The entire entertainment industry is about to be exposed. Their symbols will be their end... along with the paper trails and burial sites. I think we all saw this one coming.

This club (and off-shore clubs like it) will do more than bring down the house. It will take down the entire neighborhood(s). Massive reach. Sick. Coming soon to a theater near you.

Strike 7. Open Borders. The U.S. has become one of the largest markets for child trafficking. Demand is huge. Our Southern Border has purposefully been left open to make it easy. This will be shut down... but that is only the start. All the screams we heard fighting the Wall... complicit and participating. The reach of this fiasco and the real agents behind it all will destroy a lot of political lives and CIA players. Another whack to dismantle the CIA. This alone single-handedly cuts the major supply line.

Strike 8. Supply lines. Wars have been the fuel for orphans... captured, traded, bought and sold. Of course the war is profitable to many (all crooks) but the supply of children has been enormous. The biggest feeder network on the planet. Wonder why Trump is pulling troops, closing bases and ending wars? Well pedophilia networks with the Military Industrial Complex is being dismantled behind the scenes.

Strike 9. More supply lines. Planned Parenthood, Red Cross, Social Services (and more) have all been feeding the supply line of young children. Each of these have been under silent investigation for years. They too are about to be exposed and will cripple the supply line of children, body parts, adrenochrome and abuse. Houses... of Cards.

Strike 10.    The Michael Jackson "Leaving Neverland".    This guy may have been the king of Pop, but he was a pedophile and a drug addict.   Sorry, he is on my permanent shitlist.   Neverland, as in, this never happened to you, in Neverland you can just forget about everything....

All connected. All a part of this disgusting industry.

These are just the TOP lists. Smaller operations are being publicized but the MOABs are these 9 strike points from which there will be NO ESCAPE.

A world wide snare to catch them all and end it once and for all. Pedophilia is the hardest red pill for the masses.

It will look like the world is coming to an end. It is our job (ANONS) to show that is only THEIR world that is coming to an end. OUR WORLD is ONLY just BEGINNING... without them. No wonder this plan has to be meticulously slow-rolled since it will run over powerful people in positions to put every roadblock imaginable to stop it... like the Trump witch hunt.
The Storm is here. The Pain is in sight. The Great Awakening is Happening.