Now why would he do this at the town hall?   maybe he was a loose cannon, and had to be killed, note lack of any details while they craft a narrative, or maybe he couldn't live with the lies he has been living.

His "research" using $7M Obama money was to prove that gun violence was a private (internal to the human) health problem, and they would use that to regulate as many guns as possible, skirting the 2A

Let me cut to the chase.   This guy was Big Pharma, Neuro-Research, Brain Based Violence.   Anti-

Trumper, and Gun Grabber.   Supported with $7M of Obama Era money and a direct letter of support from Obama.

And this is the 3rd suicide related to recent school shootings.   In the last few weeks.    Are they murders to tie up loose ends?    This guy was working on and working with people who were trained in psychological support especially for traumatic experiences.

He had the knowledge and immediate access to the best mental and emotional support.   He would be the least likely guy to commit suicide. 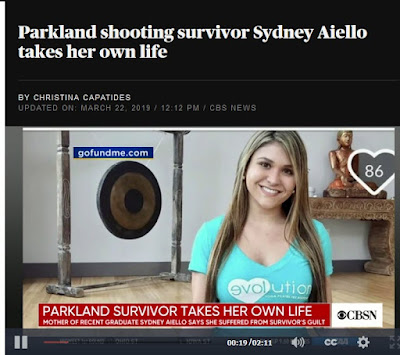 Some info on the "other 2 suicides"


The "second" suicide is described as an apparent suicide, and there is no name given, anywhere.

For those unaware, the Sandy Hook event at Newtown Connecticut on 12-14-2012 was originally planned as a big drill.   But Obama and gang decided to "take it live" make it appear to be the real thing.


The father of one of the children killed in the Sandy Hook Elementary School mass shooting was found dead in a Connecticut government building Monday morning.

Methinks his suicide at the TOWN HALL, was a protest to prior actions that the town hall had done, like setting up the Sandy Hook training drill, that was spun into "taking it live like a real story".

Was Richman, just another guy?    Hardly -- BIG PHARMA is written all over this.   Why would Big Pharma want to get on the ground floor of shooting and school violence.

SIMPLE -- SO THEY CAN STEER THE NARRATIVE

Jeremy Richman, Ph.D. Dr. Richman is a neuro-pharmacologist with more than 20 years of research and drug discovery experience. While his roots are in neuroscience 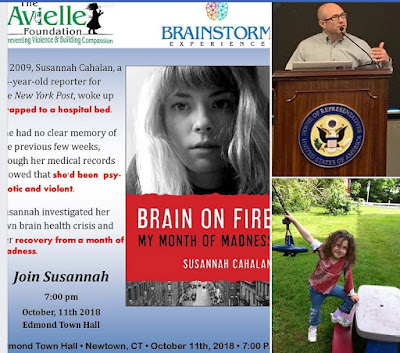 He had a foundation, 45 Main Street, Newtown CT

They aimed to raise $5M in their first year.

Facebook page looks "normal", they haven't said anything about his death, yet.


Business Insider is one of the worst tools of the Globalists!

Here is there story about the victims of Sandy Hook

And the framers, "false framing" is what I call it.    A type of false argument.    Pretending that gun profits are what drives "all the crazies" to support existing constitutional gun rights.

Exactly this. Can you feel the pain, the hopelessness, as you see the tragedies being repeated over and over again, and people continue to value gun profits over common sense legislation? I can imagine seeing the strong action of NZ hit hard too. Why can't we be as moral?

Replying to @capitolwatch @davidmackau
Our government had failed to end this terror, failed to defend America.

And down below, some autists could have a field day researching the employees.   I found Suzy on Huffpost a full on Globalist tool 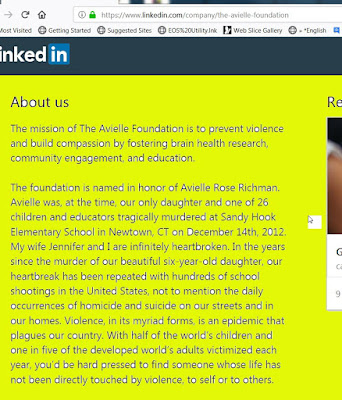 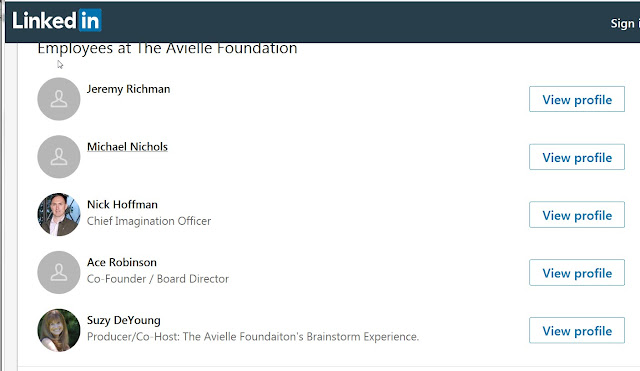 Also on Huffpost, using Sandy Hook to pimp Obama, and to bash Trump.   Trump would have acted badly if Sandy Hook occurred on his watch.

From this Australian article 4-16-2013, they indicate a few board members, who don't appear on any employee list, maybe they aren't around anymore, or maybe they are not listed as employees.
Another rabbit hole to run down.   BUT BIG PHARMA is written all over this.

One member of the foundation's advisory board, Terrie E. Moffitt, said science on the origins of violence has been neglected by federal agencies that provide research grants.
"Families of individuals with autism, ADHD, learning problems or schizophrenia demand that funding agencies support research into these disorders," said Moffitt, a neuroscience professor at Duke University and at the Institute of Psychiatry, King's College London. "Families of violent individuals don't."
The other members of the board announced Monday are R. John Krystal, chair of the psychiatry department at the Yale University School of Medicine, and James Blair, chief of the unit on affective cognitive neuroscience at the National Institute of Mental Health.

Some good comments at VOAT 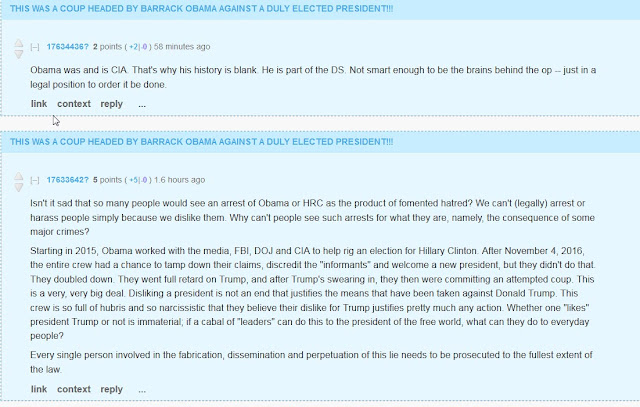