Lot's Wife Exposes the CIA as the Main Puppet Master

Thanks to Lot's Wife 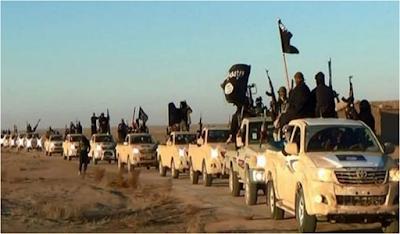 If you’ve read L. Fletcher Prouty’s book “The Secret Team”, you know this was a CIA op from beginning to end…a plan hoisted on POTUS and over his objections.

Fleets of these vehicles, purchased new by CIA cut-outs, were used to transport fighters, weapons, as well as captive women and girls.

With enough money[religion, coercion, and intolerance] spinning wheels of influence, people can be convinced to act against their best interests. Power brokers and weapons dealers prefer chaos to dialogue. The former is good for business while the latter threatens it. This is the business model. To suggest otherwise is naive.

A slice of the weapons makers' profits bribe Congress members [campaign donations] who favor the business model. Keeping them in office requires favorable coverage of selected members, so building a stable of journalists who understand the game is crucial to its success.

Prouty died in June of 2001 but his book, and other material, provide evidence that supports the assertion and much more. The CIA runs the show. Remember how eagerly Obama green-lighted drone strikes? And Trump? The CIA trumps Trump. What behind the CIA?