stock here, adding info.   Screw Google and Facebook/CIA.   For weeks now I have been unable to comment on my own blog regardless of what methods I try, even from different computers.   SHEESH!!!!   The most basic stuff is dysfunctional.

Anyhow, I had this to say in response to a comment from a reader.

Thanks for the leap of knowledge.
This is my first dip into this "disease"
All the mold and Fungi type things are greatly affected by radiation, they absorb it and more likely to mutate or die, or have some types be decimated whilst giving the open road to others.

Radiation unbalances the system.    I will looks into your suggestions at later date.

This topic is courtesy of Lot's Wife

I sent this article to CDC proof at the bottom, screen cap

AFM is a crippling, horrible disease that paralyzes children.   It started the year after Fukushima, and it's worst in USA.    Japan got off easy, 90% of the radionuclides went west.    USA was hammered with Fukushima radiation and other heavy metals.   Canada also, but not so bad.

Those are the countries hardest hit by AFM

No time to run further down or propose a detailed hypothesis.
1) Existing virus mutated by Fukushima
2) Chitin based "incubator" of new virus
3) Distressed immune systems, esp. of those young who haven't developed a whole arsenal of killer T-cells, caused by poor gut performance and micro-biota which is a proven effect of radiation.

Anyone up for a bet?   The WHO is actively involved in making sure that the year 2012 is buried.    From Europe, here they are pretending that the first case was in 2014
NOT, first case was 2012, the year after Fukushima

the CDPH had been paying close attention to neurological conditions, since 1998. 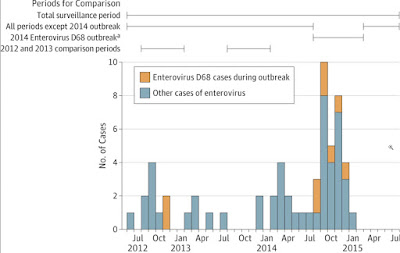 Since 1998, the California Department of Public Health (CDPH) has maintained a passive surveillance program for potentially infectious undiagnosed neurological conditions.12,13 In the fall 2012, the CDPH received 3 separate reports of acute flaccid paralysis cases with evidence of spinal motor neuron injury.14 No such cases had been reported to the program during the preceding 14 years.13 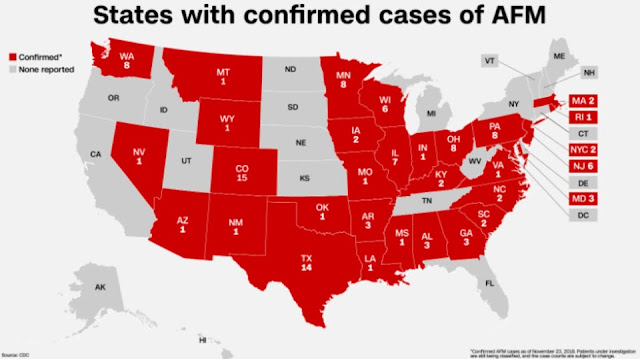 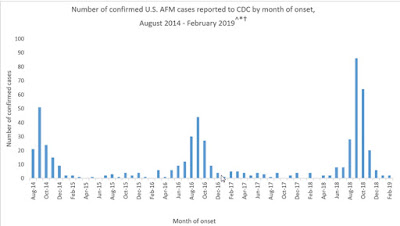 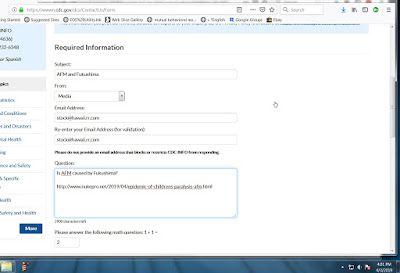