Is CO2 and Ocean Acidification also part of the pHraud (Fraud) on Global Warming?

I got this email from "Anna" today, and wanted to add it into my prior article from 2015.

Alan Donelson April 16, 2019 at 5:34 PM
I for one would delight to receive the "raw" data for complementary or replicative statistical analyses! alancdonelson_AT_hughes.net. Website FYI: www_alandonelson_com. I would be quite willing to collaborate.


Although no longer active developing and maintaining large-volume databases, Dr. Donelson continues to welcome opportunities to consult on data-rich matters that might benefit from statistical analysis.

I got going on Global Warming a while back, after analyzing the real data.    Bottom line, Global warming has paused for 18 years.

Then the climate alarmists indicate that the heat is just going into all the place that we haven't been measuring.

Here is original stuff by Nukepro....chart of combined ocean temperatures and land temperatures, using exact NOAA data.     Hmmmm.....looks like that temperature has stalled out also. 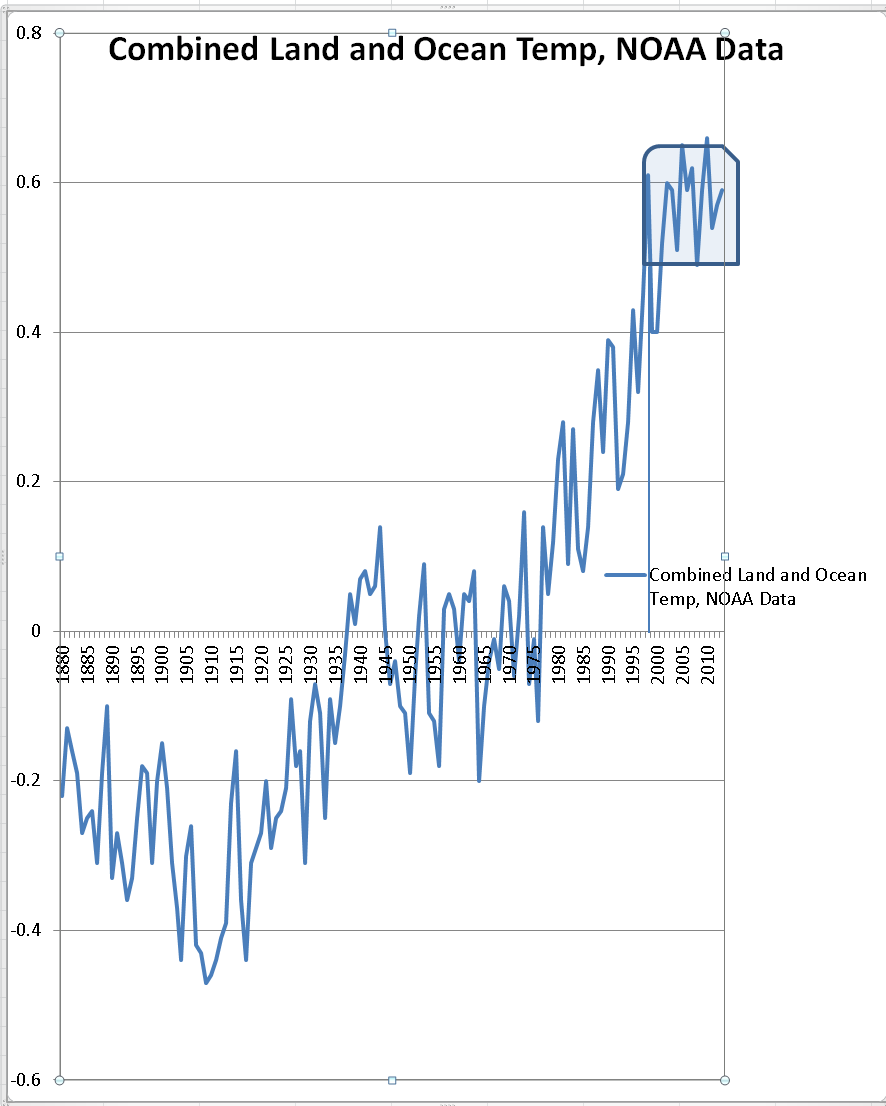 Finally, some of the "science" on other key legs that CO2 and climate change stand on, i.e. ocean pH aka Ocean Acidification seem to be ignoring huge volumes of data and focus only on recent and limited measurements.   Some of this looks like intentional fraud, just like the climate gate admissions.

The rabbit hole runs deep, and we can't draw conclusions yet.

I have obtained a 2.5 million line of pH data from NOAA, the file is 95MB, I tried to share it through BOX but the upload failed, I may try again.     My Excel program chokes at about 1,060,000 lines, so I had to develop some new technology to handle the data and plot it.

That is where I am at now.

Some of you other citizen scientists may want to follow in my footsteps and verify my findings whatever they might be.   I will post data and programs.

13 years ago when I started my own design/build company, I found that 90% of existing systems had some big problem that had developed and was hindering performance.    These are systems that hadn't been looked at by anyone for 5 years or a decade.   Kind of like running a car for 10 years and expecting to never have to do preventive maintenance, or a repair.   Just not realistic.

Wait, I thought the ocean was warming....this says its slightly cooling 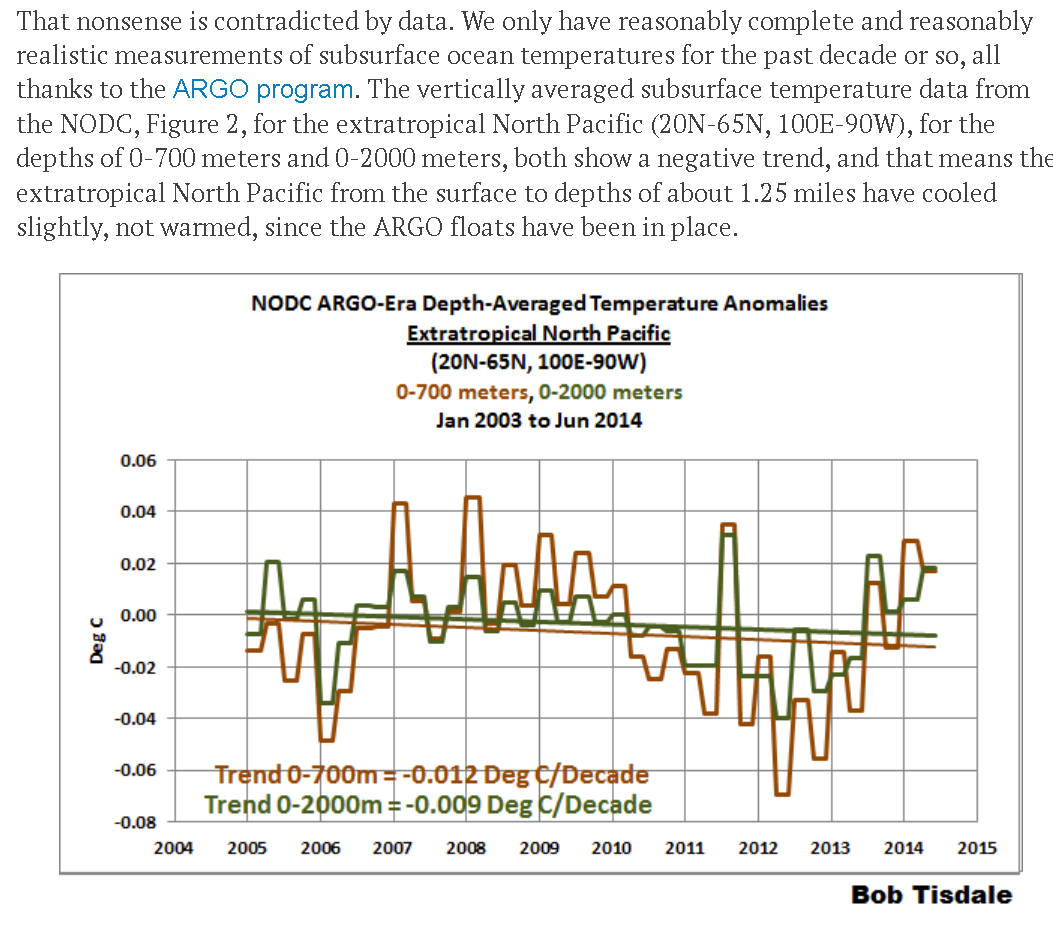 Funny, the south oceans are warming, whilst their land is cooling (known fact) 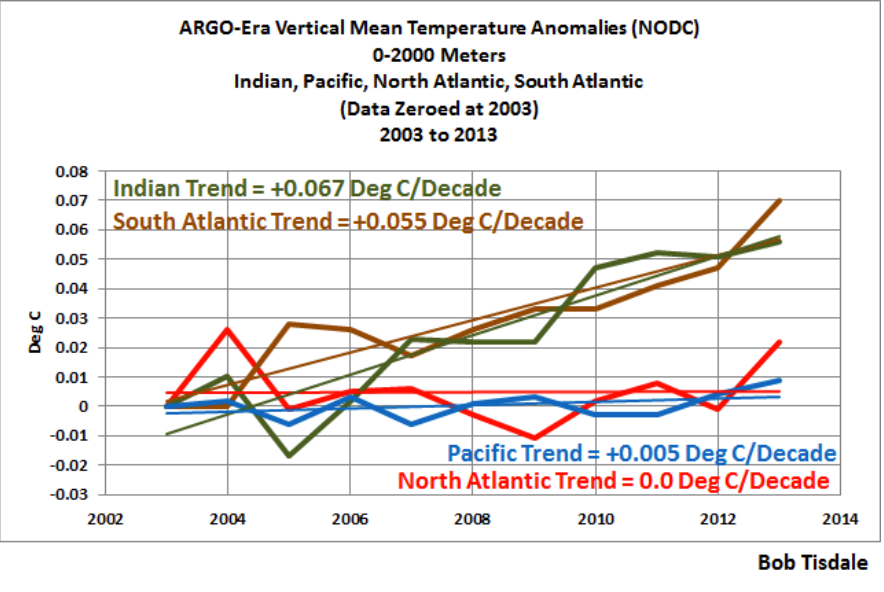 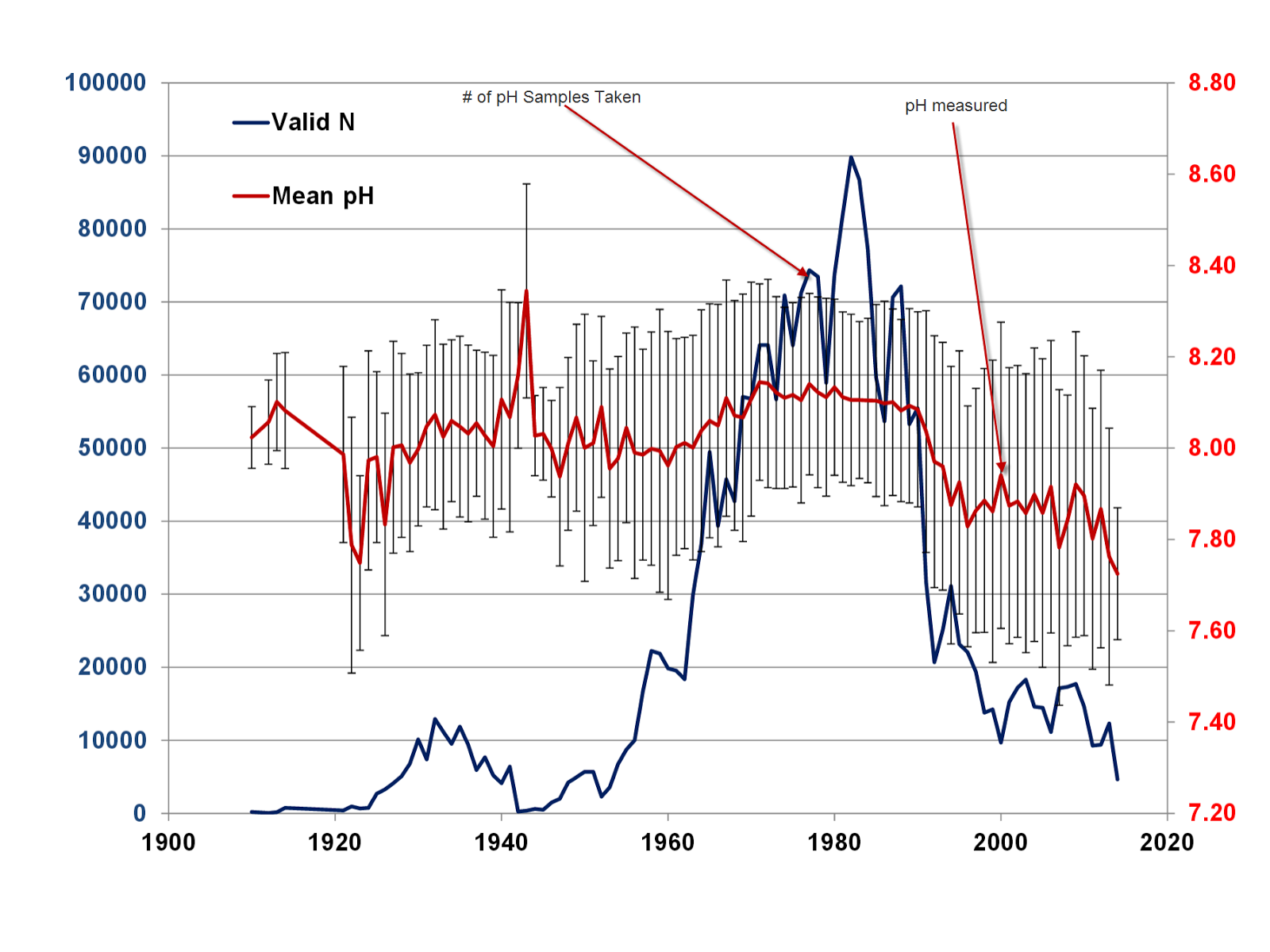 Most of the pH data was taken around Japan and China areas, that could really skew the data if there was something "funny" going on over there.

You can see the rabbit hole runs deep. 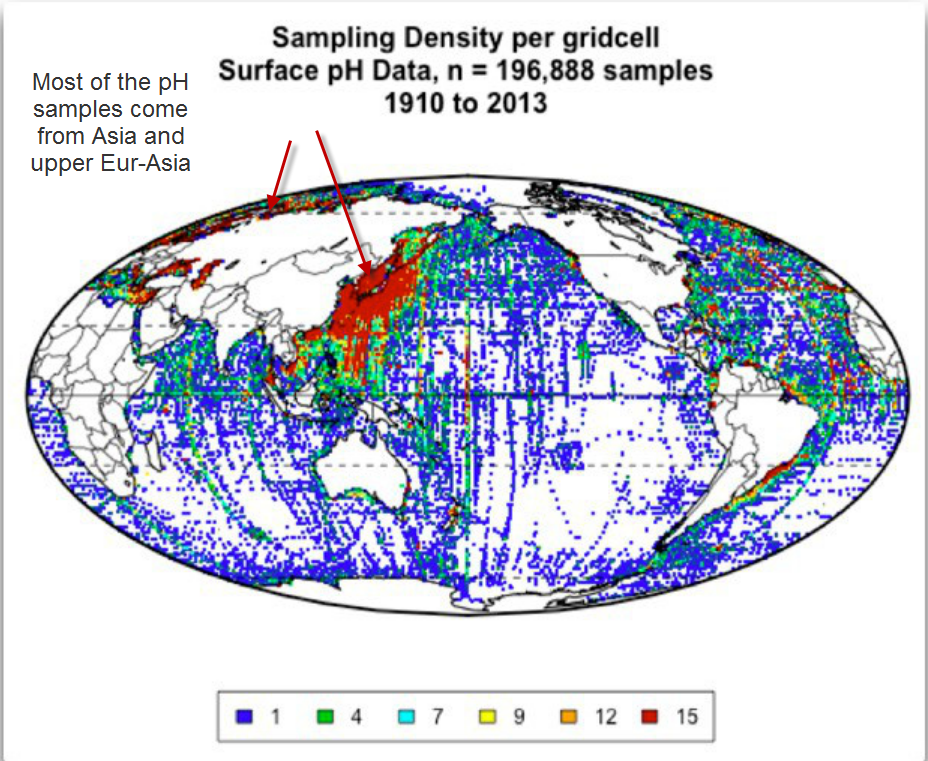 Yes. stock. Wikipedia has some info on that.
In the modern era, emissions to the atmosphere from volcanoes are only about 1% of emissions from human sources.[57][58][59]
http://en.wikipedia.org/wiki/Greenhouse_gas
Onto got me thinking about the methane gas cloud over New Mexico, and Texas, too, I've read. It covers a 2500 sq. mi. area.
http://www.theguardian.com/environment/2015/jan/04/leaking-methane-gas-plume-us
Again from: http://en.wikipedia.org/wiki/Greenhouse_gas
Methane has a number of indirect effects in addition to forming CO
2. Firstly, the main chemical which destroys methane in the atmosphere is the hydroxyl radical (OH). Methane reacts with OH and so more methane means that the concentration of OH goes down. Effectively, methane increases its own atmospheric lifetime and therefore its overall radiative effect. The second effect is that the oxidation of methane can produce ozone. Thirdly, as well as making CO
2 the oxidation of methane produces water; this is a major source of water vapor in the stratosphere which is otherwise very dry. CO and NMVOC also produce CO
2 when they are oxidized. They remove OH from the atmosphere and this leads to higher concentrations of methane. The surprising effect of this is that the global warming potential of CO is three times that of CO2
Since we are just now finding the Methane over New Mexico, we may want to reconsider how CO2 is actually getting into the environment. Peace

ISeePinkClouds
January 5, 2015 at 4:38 pm · Reply
Yes. That is to say, Methane may be playing a bigger role than previously thought. Since Methane is a by-product of oil production, in that all over the world, as in New Mexico and Texas, the gas is released at the well head into the atmosphere as the oil is pumped into tanks. This is why in oil producing areas the smell of gas is always in the air. This problem has been going on for a very long time, it appears to be an important consideration, and is yet to be addressed.
I followed your and the doctors discussion yesterday. Though I have studied and researched the theory of global warming, and generally tend to believe that it is occurring to a degree, and obvious in some locations on the Earth, in light of the threat we are facing from Nuclear Radiation Contamination of the Planet, it is hard to find the time to discuss it in depth. I am mostly concerned that Governments have hijacked the theory in order to tax, enslave, and generally, shorten our lives. I do not want to contribute to that in any way. Peace
Posted by Stock at 11:18 PM