Twitter in Cahoots With Pushing The Muslim Agenda, Suspending Those Who Question the "I Been Getting Death Threats" Narrative

On April 26, 2019 I spoke to the DC office of Rep Omar, the Minnesota Muslim of "some people did something" fame.

I indicated that I was the Editor of Deeper Dive Data.

I indicated that I wanted to get information on the Police Reports filed in light of Omar's clear statement that she has been getting increased numbers of death threats, and that  many of those threats specifically mentioned the Trump tweet about "some people did some things".

The lady left for a while and came back with the answer to email to Jeremy Slevin, who is her communications director, as well as strategist.

I also called her Minnesota office, and was unable to leave to a message.   I called twice and no one 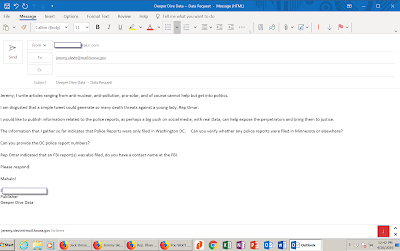 answered, and the system would not accept a message.

I emailed to Slevin, who is  quite the character all in his own right.    He formerly represented Keith Ellison.   I did a pretty Deep Dive into Keith Ellison in 2018 and THAT STORY IS HERE.

He looks like he converted to Muslim and abused his Girlfriend.

Email is to the right.

I am sending this email again today.

Why is this important?   The Globalist narrative is to "show" that their protected classes (Muslims, 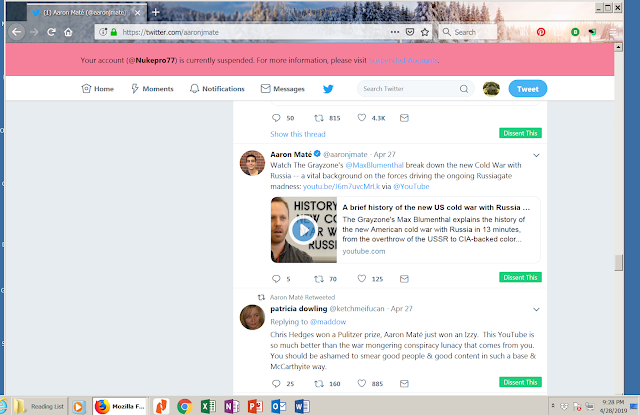 Blacks, Jews, Gays et al) are having their lives threatened by "White supremacists".

"They" are getting desperate.    When you are over the target, you will be getting their flak.