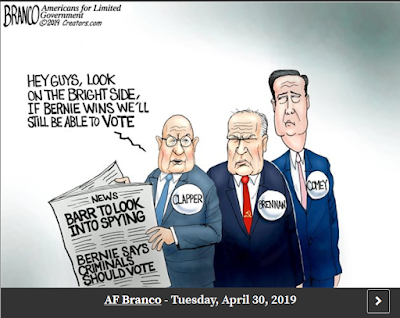 Let's cut to the chase here.   The punchline.

Maybe I am the first to say this (probably not, but I haven't heard any pundits spouting this out yet).   Is this an Autist moment?

USA needs a new political party.    The Democratic party has been infilitrated to death.   We do need checks and balances, opposing ideas and debates.   We need at least one new party.

How about anti-war, anti-intervention?   Or would that just be a huge non-starter like it is for Tulsi Gabbard?

hodgepodge of misfits who team with rabid, left-leaning media and dark operators to push a pre-capitalist, post Judeo-Christian, anti-American revolution under a Democrat veneer.


Democrats are becoming America’s first “Manchurian” party.
At the slightest whiff of the old left-of-center odor, a Gestapo of tyrants is dispatched to keep fossilized Democrats like Biden and Feinstein whipped into submission.


But rather than killing the cancer in their party, the old Democrats let it go untreated.  Fearing retribution, traditional Dems’ mince their public words into such milquetoast, poll-tested blah-blah that they are unintelligible.  Would-be presidents are falling over each other to out-socialist the socialists without calling it socialism.  They want murderers and illegals to vote, free college, free medical, a guaranteed income, reparations, no guns, sanctuary cities, legalized prostitution, a federal law to legalize pot, and they want a duly elected president to be impeached.