Fighter Jet F-16 Crashes into building.   Bullshit, it's Propaganda of a sort I haven't Autists out yet.

The F-16 "Crash" is suspect.
This shit is about as believable as Sandy Hook

A supposed worker at the Warehouse took a short video and shared on Facebook.

On April 7th he posted a video of an off road vehicle with title
" Nothing like a perfect evening out in the yxz
Looking for downed planes and scouting single track..."

So he was looking for a downed plane, and then 5 weeks later a plane crashes into his warehouse.

Apparently his video was deleted several times, but others had also shared it.

I downloaded using a video download tool that I have.    Its an MP4 file, and I am posting it here via "Box" so you can download it also and analyze. 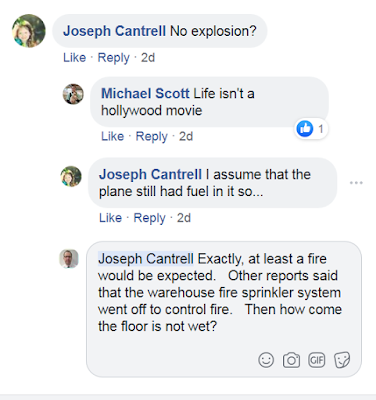