Fetal Tissue -- Motive and Opportunity -- Few Can Handle the Truth 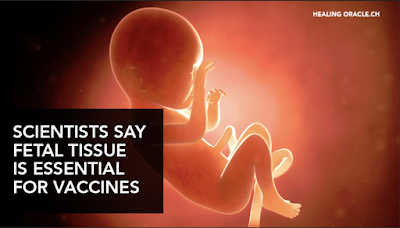 stock here:  I will weigh in here, only a low percentage of people can handle both "liberal" and
"conservative" concepts in their minds.   But I have a pretty radical view on abortion, one that I have never heard stated anywhere, so let me  state it.

Just today, there was a huge uproar when the Supreme Court of USA ruled that a Indiana State law which required aborted fetuses to be buried or cremated, was "legal".    Apparently RBG who hasn't been seen in many months, and even the last "siting" was very incredulous, voted against.

Texas made this same type of law in 2016, which was quickly attacked by Satanic Groups.

So where is that radical opinion?

It doesn't matter when "life starts" and it doesn't matter if some people consider abortion to be murder, if it is murder, then I propose that, that form of murder be legal, within reasonable grounds.

Like you have to make up your mind in the first 5 months, with some exceptions to handle really rare cases, like between 5 and 7 months the female discovers that what they thought was a normal pregnancy was actually caused by rape or incest.   Very unlikely scenario, but good laws need to be non-ambiguous and ready to cover most scenarios without silly, expensive, and delaying legal proceedings.    Serious physical defects / disease that are undiscoverable (not undiscovered, get the difference) could also eligible for a later term abortion.

Practicality, Cause and EFFECT, are important, our resources are not unlimited no matter how many great things you may be able to manifest.

That a big part of the push for abortion "rights" is really about supplying fetal tissue to people who use it for nefarious means of increasing their own life span, counteracting damages from satanic rituals, or maybe just plain profit and greediness, and maybe worse.

Now this may or may not be correct, or just partly correct.

There is also the obvious political use, and parsing this "issue" as a sexist women's rights issue, and taking it one step further, a Women's Health issue.

The Girl Scouts awarded their highest award to a girl who was promoting abortion as a "women's health issue."

Some of the laws that have been attempted to be passed, would allow a woman (and via deflection they pretend "in consultation with their doctor") to decide up to 1 second before the baby is born that they would prefer the baby to be dead.    And in even a more extreme scenario....if the baby was born "by accident", i.e. a failed abortion, then the mother could decide after the fact (maybe even hours or days later) that they wanted the the medical establishment to kill the living outside the womb, baby.