stock here -- this is hilarious, right up there with Comey's Trump Eats Your Soul.     Probably tastes
about as good as fetal tissue. 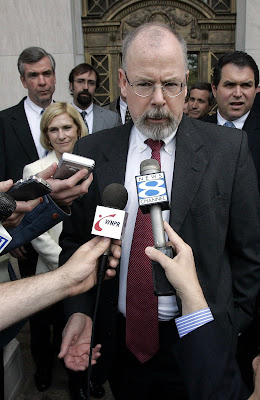 Some of the cast of criminals should be worried.   Although I am amazed that Clapper going on CNN
and tries to spin things that "we don't need an investigation of the investigators"....yeah right.

Attorney General William Barr has appointed US Attorney John H. Durham of Connecticut to examine the origins of the Trump-Russia investigation to determine if the FBI's spying on the Trump campaign was "lawful and appropriate," according to Fox News.

Durham looks like a serious guy, just not like Mueller, in that Uranium transporting Mule kind of way.

Baker could be one of the first to fall.    But I would be surprised if he came first, or they went after his subordinates and give them deals.

Epiphany the other day.....don't have the answer, really, but how can a person like James Comey rise to the top of the most powerful institutions on the planet?

Baker is in DEEP SHIT.   He was responsible for Papadopoulos, Manafort, Flynn, Carter Page.


“It would have been highly, highly inappropriate for us not to pursue it — and pursue it aggressively,” James Baker, who was the F.B.I.’s general counsel in 2016, said in an interview on Friday with the Lawfare podcast.
As part of the early Russia inquiry, the F.B.I. investigated four Trump associates: Mr. Papadopoulos; Paul Manafort, the Trump campaign chairman; Michael T. Flynn, the president’s first national security adviser; and Carter Page, another campaign foreign policy adviser.

DDG search on the Durham appointment is showing top 10 hits are all independent media.    MSM doesn't want to touch this, and Google doesn't want it on page 1, except for "conspiracy" sites.
https://duckduckgo.com/?q=Barr+Appoints+US+Attorney+To+Investigate+FBI%2FDOJ&t=ffcm&atb=v132-1&ia=web

The first hit, 10 down, is Fox
https://www.foxnews.com/politics/barr-us-attorney-connecticut-surveillance-trump-campaign 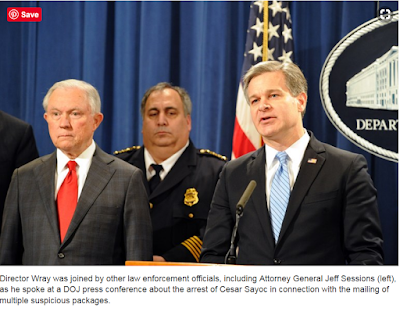 Chris Wray FBI Director right now, is suspect.     He was so proud to pimp out the "bombs" mailed to


all Democrats.....what a lame story that was.     He is complicit on that issue.
https://www.fbi.gov/news/pressrel/press-releases/fbi-director-christopher-wrays-remarks-regarding-arrest-of-cesar-sayoc-in-suspicious-package-investigation