stock here -- I covered this story when it first happened, but it got more interesting.
The most interesting?   The payout of $20M to her family in Australia.   No word on whether they will give even a penny to the fiance.     It's a huge number.   Why?

So the SJW can claim how "the establishment", LOL, the Minneapolis government....one of the most leftist organizations in the country, over values white lives over black lives??     Maybe, but that borders on ridiculous, because it IS MINNEAPOLIS.

The real "conspiracy" here---the families and their lawyers dug up some seriously critical information about how politicians were being funded, and they got some discovery on emails depicting the "promote Islam" into the USA program.    And the families agree to shut up about all this for the big payout, including $2M going to a charity.

Not too hard to believe.    I mean they are in Australia, which is already completely controlled by NWO forces, why should they really give a shit about USA.   And really, for the average person living in the "spin is in age" how many millions would it take to get them to shut up about something even as damning as real evidence showing a foreign plot to take over the USA.....would $10M do it for you?

I mean, how come someone with say, brain cancer, hasn't tried to mitigate George Soros or part of his machine?

Interesting, WAPO, NYT, CNN is NOT covering this murder conviction at all. 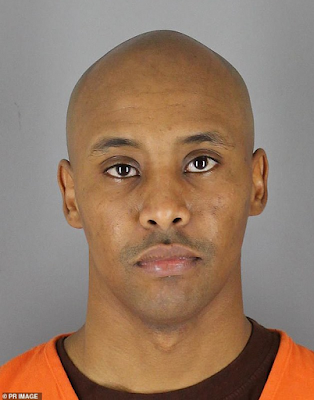 Doesn't it seem odd that in a large American city, Minneapolis, that what used to be Minnesota Nice is now Minnesota Stupid.

It took 17 months to bring the murder by Mohamed Noor to a conclusion.   Note the very odd non-symmetry of the skull, and the pupils in different orbits.


The City then settled for $20M....days after conviction.    Why the large number?    Methinks it was "needed" by the City to prevent even more damaging information to come out related to the "diversity push" and hiring, training, and discipline in the police force, and the city.    Minneapolis is the epi-center of Muslim invasion, besides Dearborn, Michigan.

That part of the system needs to get much quicker.   Making the process part of the punishment goes against the Constitutional right of being innocent until proven, beyond a reasonable doubt, guilty.

Justine Damond was trying to report a suspected rape, instead this poorly trained or incapable "officer" shot her.   The obvious thought....why would any cop responding to a rape report, think that the rapist would be approaching their car with intent to harm.    It should be very clear that a blond female in pajamas is a very unlikely violent rapist attacking a cop car with 2 cops in it.

A Black Muslim Migrant, recently became a cop 2 years ago, 3 complaints on him already.
Mohamed Noor responds to a 911 call from a lady about a suspected assault she heard in the alley way.    The attractive white woman who made the complaint, comes out to the squad car in her pajamas.

Mohamed then proceeds to shoot the unarmed lady, while she was on the driver side of the squad, and the shooter was in the passenger seat.   She got shot in the gut.

The police chief  Janee' Harteau, is a female, who lived with a domestic partner and their female daughter.     Her "partner" female Police Capton, who reports through chain of command to Harteau  (on the same police force).  In 1996 they filed a sexual harassment complaint because other officers where interrupting their radio transmissions.   In 2012 she was awarded the position of Chief.   She married Sgt. Holly Keegal the next year.   After a 25 year relationship, and 1 year marriage, they divorced the following year.


Chief Harteau was roundly condemned for continuing her hiking holiday for five days after Ms Damond’s death — the third highly controversial fatal police shooting in the Midwest city in less than two years.


In the above graphic, this cut from today, from Harteau's own website, still pimping out her "excellent leadership".     Sorry, but making your police force more diverse than even the general population percentages is NOT EXCELLENT LEADERSHIP.

This is the mayor talking on the "incident".    She had previously praised the fact that a Muslim Immigrant was now part of her 5th precinct police district.

She was allowed to resign, with full pension and lifetime medical benefits, and this applies to her Girlfriend cop.

Here is a timeline of the Debacle
https://www.kare11.com/article/news/howd-we-get-here-a-timeline-of-the-justine-ruszczyk-damond-shooting/89-502054548

The former police chief has taken a new job, with an app to "prevent situations between vulnerable individuals and the police from escalating.".    It actually sounds like a good idea, on a quick review.    But it requires police to also run the app, and thus have a working charged device.    I could see how failure to have the working charged, properly notifying device (phone) and cell service or wi-fi, could result in law suits against the individual police, police force, or city.   And likely all named in the suit. 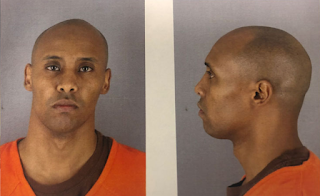 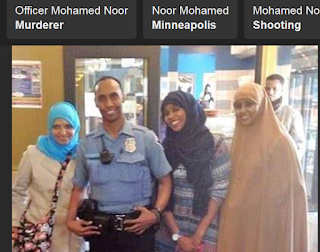 But it's part of the Big Picture. Uncomfortable things that no one wants to say, or hear.
The Big Picture is all part of the Centralized World Government, instituted by about 30 different strategies.

Gender confusion is one of them.

Also, I am not trying to go to battle with "liberal people" because they have many good ideas and with properly focused "care" they could do a lot of good, but the liberal view has been infected with many false beliefs or inflated beliefs, propagandized by big money interests ala Soros and his ilk.
The "let them in" meme is not beneficial. Sure we are a country of immigrants, at least started out as such. But we are already overpopulated. We don't need to let anyone in unless they are a clear net positive to the country.

The "refugees" (mostly just migrants who want to get some free stuff) have been created by NWO and US policy, using false flags and full on lies to create wars. The main idea of the "refugees" is to destroy national pride and to "make everything suck" so it doesn't matter if your country sucks, it doesn't make sense to move to another country, because they all suck.

The gap in the full theory, is what are these powers that be thinking about how they are going to control the fully and partly radicalized muslims they are flooding the world with?    What is their end game on that one?   Is it really the Jews pitting the Muslims against the Christians to allow them to seize global control?

Very uncomfortable to think on these things, God forbid you are labelled anti-semitic (consider the narrative on that one, and playing the victim card).

I have no problem with lesbians or women in general.   But it should also be obvious from recent past (think Susan Rice for one) that when you put a former minority, and especially women, into position of high power, they will pretty much follow exactly their marching orders in order to keep what they finally "got theirs".

It also seems odd to have a lesbian relationship in a police force in which the Chief of police is involved with one of her subordinates.    Would this be allowed in a traditional police force with a male Chief and a female subordinate?   It would certainly raise eyebrows.    But because they are lesbian, do they get some kind of special consideration because of the gay pride "movement".

Prude? no.  Among consenting adults, do whatever you wish and whatever is possibly if you wish.   One of my best friends son just got married to his long term SO, another man, and I am fine with it.   They are both great people and not at all "fags" which do actually annoy me.

But failure to see the overall plot and not to recognize that it is leading to a jack boot on your throat forever, it a crying shame.

The Black Muslim cop, murdering a white woman, is a sign of things important.   Don't miss the point.   And don't miss the system in which he operated in, the system which celebrated him, which enabled him.
Posted by Stock at 4:04 PM