Why "Leftists" Hate Nuclear -- A Debunk of a Junk Article

I have "left" a lot of people behind.    Many of my past friends in hiking and SCUBA diving, even just from various schools have been all "love and protect the earth", spiritual types.    You know....lefties, LOL.

I am a Briggs Meyers personality type of ENTJ, fairly rare, one of the few that can hold left and right type ideas in their head at the same time.

As a business owner, I tended to focus on business, and making sure not to alienate people, even resorting to "happy holidays".    I tended not to both examine and/or express my real beliefs.

I am past that stage, and many people want nothing to do with it.    "They", meaning the ones that I have to leave behind, probably think something like "he has become hardened and bitter from working too hard and being a boss".   There is truth in there, but it is far from the truth.

But who knows what they really think, I bet most would not even be able present a decent argument, against any of my positions.    The bottom line is that people who fully ascribe to the co-opted and totally controlled modified "leftist" meme, cannot even stand to see or hear from anyone who doesn't suck down every element of the complete lefty "cause".

So be it.   I have to leave them, behind.     I have advanced and refined my views through, probably now, tens of thousands of hours of research. 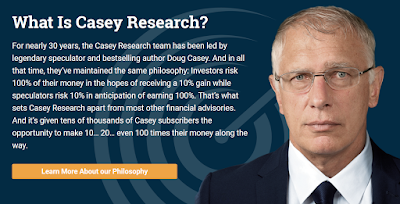 Submitted by a reader, lets call him TM

Somebody needs a verbal spanking.

https://www.lewrockwell.com/2019/05/doug-casey/709404-2/
On this Libertarian (egads!) website, Mr Casey either intentionally or, through ignorance, unintentionally misleads his audience.
It amounts to an intellectual game of "Simon Says"; as readers who trust the website and may not have the time to fact check, can be led to believe they are hearing from a credible source.

May I suggest contacting Mr Casey and inviting him to compare notes as an ongoing dialogue(?)

Michael's work has some ammo -
https://allegedlyapparent.wordpress.com/radioactivity/radiation_exposure_effects/

stock here
from the article

There’s no question that nuclear energy is the safest, cheapest, and cleanest form of mass-power generation. We’re only having a brief conversation, so I’ll only deal in broad strokes.

Well alrighty then!!!!!
Since its brief, he will just bypass all facts and deal in "broad strokes", LOL.      After throwing down that nuclear is the "cheapest".   Wow, not even GE would throw down that lie....they are resorting to the "fight carbon" idiocy.