Some of Europe Waking Up From the NWO Inspired Insanity of Immigration of African Muslims. 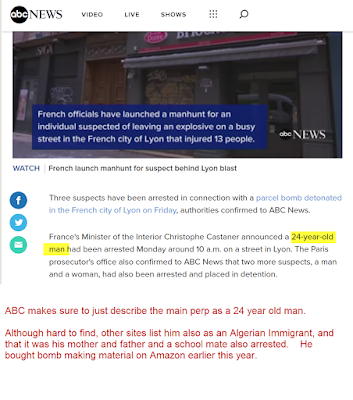 ABC Covers up for a Muslim Immigrant from Algeria as prime suspect in a bombing today in France.

I am trying to wrap my head around the 3rd term for the "Right Wing Liberal National Coalition" in Australia.   Anyone who can help with that apparent disparity?   This election promoted as a complete shocker, like Trump winning.

ABC makes sure to just describe the main perp as a 24 year old man.

Although hard to find, other sites list him also as an Algerian Immigrant, and that it was his mother and father and a school mate also arrested.    He bought bomb making material on Amazon earlier this year.

This site, actually provides the prime suspects name.
Mohamed Hichem M. *(unusual to show a last name as a single letter and a period!)
https://www.newsy-today.com/explosion-in-lyon-the-intriguing-profile-of-the-terrorist-bicycle/


April 22. French police arrested Sid Ahmed Ghlam, a 24-year-old Algerian computer science student suspected of planning an attack on Christian churches in Villejuif, a suburb south of Paris. He was arrested after apparently shooting himself by accident. Police found three Kalashnikov assault rifles, handguns, ammunition and bulletproof vests, as well as documents linked to al-Qaeda and Islamic State, in his car and home. Police said Ghlam had expressed a desire to join the Islamic State in Syria.


About 1.7M Algerians live in France.     Algeria was a former territory of France, so I guess that makes it easier for SJW types to "let them all in".   There are about 65 Million people in France.

Just in March, thousands of Algerians were protesting in France. 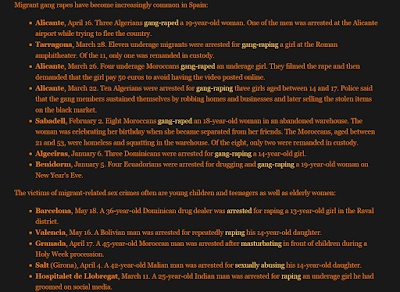 Other sites are doing good reporting and compiliations. 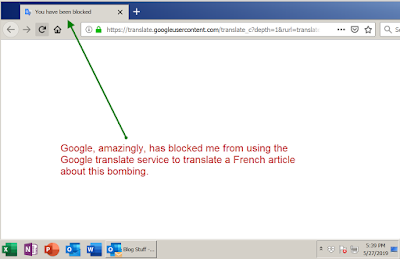 Google has blocked me from Translating a French article with more details on this bombing.


This other translation, which was "allowed by Google" promotes the arrested family as being "well 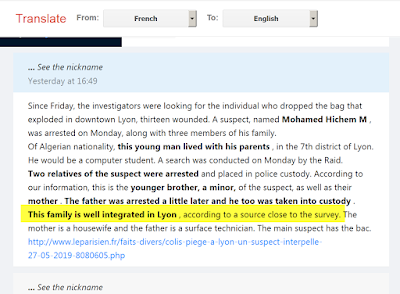 intergrated in Lyon".    I guess to immediately deflect from the fact that these migrants do hardly intergrate at ALL! 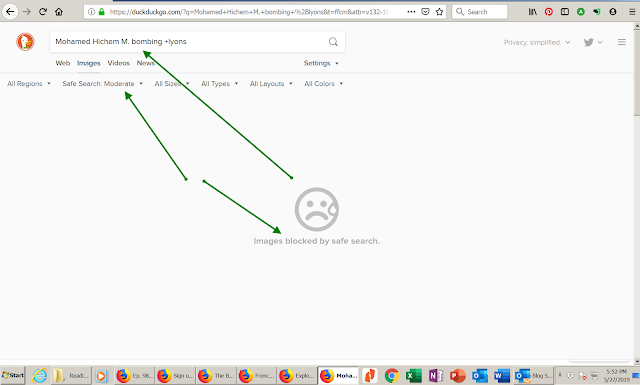 You might remember "Clock boy" who was invited to the White House by Hussein.

And here is another story from London, about 6 "men" who attacked a high end Watch shop with machetes and huge hammers.....no mention of a description of the outlaws.....

No description of the "men", some accounts at 3 or 4, and some at 6.   But this site contains a video from apparently a hand held phone.

Apparently, moped crime is now super popular in England....and the cops are afraid to pursue the criminals, fearing they might be sued.    How did a country get so bat shit crazy? 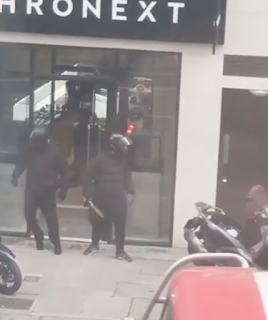 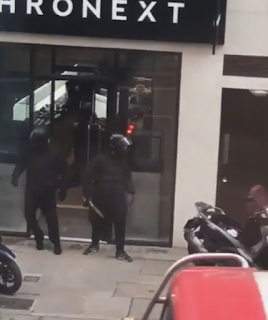 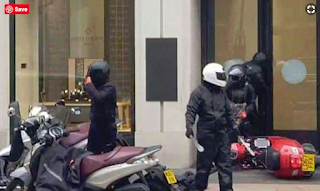 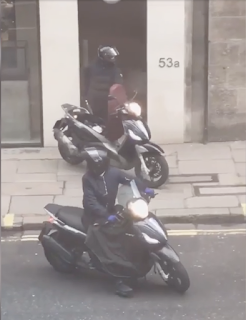