stock here.   This used to be a "Page" on the blog, but I need that allocation for resources on Earthquakes, so moving this to a permanent Article.

stock here. In an effort to fill the void left by the Nuclear Cartel Buyout of ENENEWS, I am changing this not to often viewed page which was "List of Reactors" to be a go-to discussion page.

Please participate. Dissenting opinions will be expressively allowed, trolling behavior will not be allowed. 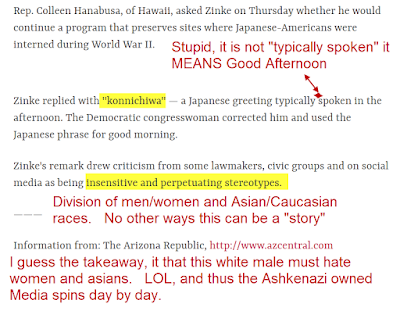 And the continuing Media division of Americans, inflaming hatred and intolerance at every level.

One of the easiest areas to show the incompetence, the handling of nuclear waste at WIPP and
Hartford. After the 2014 accident at WIPP that cost taxpayers over $2B just to get to the point of operations again, now WIPP is posturing to store full on high level nuclear waste. This is after they proved that they cannot handle low level nuclear waste (gloves and stuff, ya right). 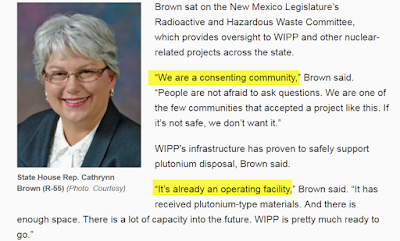 Note in the "study" above, they are only considering one site.     Hmmmm, I wonder what that
chances are that they pick WIPP as the "perfect" site for high lvevel nuclear waste?    Kind of like the "study" on storing "low and medium level" nuclear waste on a Peninsula jutting into lake Huron, as Canada has been trying to do.

And Hanford, one fiasco and debacle after the next.....

Mistakes and mismanagement are to blame for the exposure of Hanford workers to radioactive particles in December, according to a new report.
The primary radioactive air monitors used at a highly hazardous Hanford project were not up to the job, said the report.
Then when the spread of contamination was detected, the steps taken to contain it didn’t fully work. Mistakes on the project included diluting fixative, against the manufacturer’s recommendation.

Other's called Hanford a "normalization of deviance"....couldn't have said it better myself.

Anything to do with poisoning our environment, ourselves is ALL ON TOPIC HERE!

i will occasionally post reader costs and links into the main document to have the ease of a working hyperlink.  stock out


“Sylvia P Onusic, PhD, CNS, LDN June 29, 2016 at 12:22 pm
“Great articles! Even if it is not GMO sugarcane, farmers in the U.S., Brazil, and other sugar producing countries, use glyphosate, the active ingredient in Round Up Ready (used on the GMO soy beans, etc ), before and after harvest. A carcinogen. You’re getting the glyphosate in the sugar. In fact, the Pernambuco region of Brazil, the area which had the highest number of children with small heads (microcephaly), is a center for the production of sugar cane. And in addition to the glyphosate which is sprayed on the site of cultivation heavily every year through a few cycles of production, other chemicals are used in connection with the sugar cane growing and sprayed by plane on the population. The water system is heavily polluted. On top of that now spraying other carcinogenic chemicals to kill mosquitoes (because of Zika).”
https://thehomeschoolingdoctor.com/2015/02/23/in-search-of-the-perfect-brewers-yeast-or-nutritional-yeast/