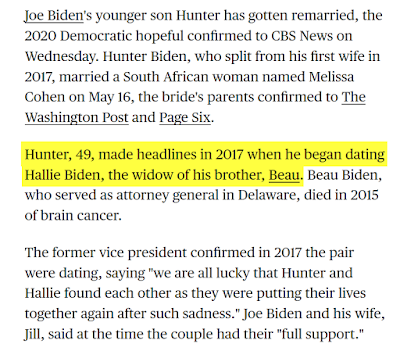 Seriously, you can't make this stuff up, the story line is absurd.   Seinfeld wouldn't even run this shit.

(LOL honest people swear more often, so I am committing myself to being more honest)

Would the Dems run a Pedophile?    Now, he may not technically have had sex with children, but he has sexually abused them, no matter what is "is" (ISIS, LOL).

2 Bonus things about the Biden family.   We know the Ministers daughter is usually the wildest ones once they get away from home.    But Hunter Biden takes the cake, and the bride of his brother. 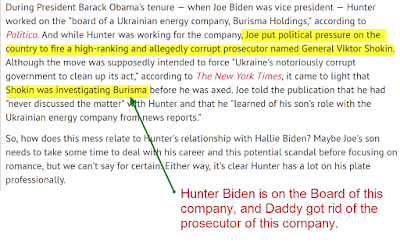 Creepy Joe Junior --- Hit up on his brothers wife after brother died of brain cancer.   Then he dumped
his brother's wife (with 2 kids) in just April 2019.

This story just in....he remarried as reported 6 hours ago.      Apparently a Jew from South Africa.   So it is pretty clear that he was cheating on his wife (brothers ex wife) with the new squeeze while still married.     hmmmm...... 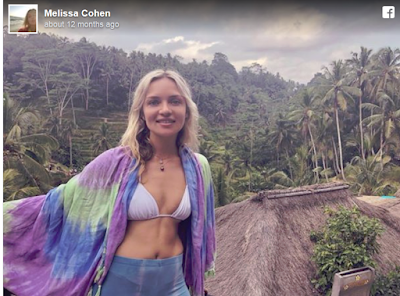 Just weeks after being busted, and not even investigated, for leaving a crack pipe, ID, and business
card of an American intelligence officer in a rental car with some white powder, that thank God was not the suspected crack, it was ONLY COCAINE.

Was she the supplier of the drugs, and now she cannot be made to testify against him? 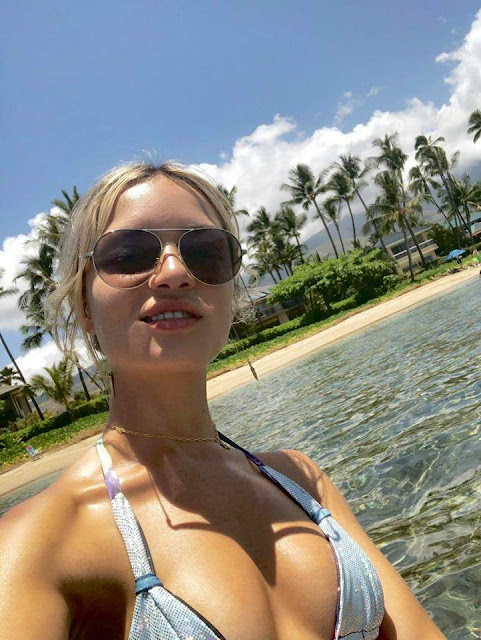 No conspiracy here.....Robert Hunter Biden was kicked out of the Navy due to cocaine use while serving.

New wife is an outspoken Trump hater of course......


Around the time that Hunter Biden’s relationship with his brother’s widow was revealed, Kathleen Buhle accused him of spending over $120,000 over the course of a two-month period on drugs, alcohol and prostitutes.


stock here -- we will get into some Creepy Joe Video and pictures, and in one video in which the American Joe, and myself think the little girl is terrified, I screen capture and then run the image through Adobe Lightroom  and another specialty program called Photozoom.   Seem bottom.

Its not perfect, but it makes what you think you can see, into what you have little doubt over.
Little girl moving away, head down and hand become separated and clenched, terrified, knowing that she is being touched inappropriately, while just prior her parents told her to be on best behavior.

The preponderance of evidence shows what Biden is, a creep in a position of trusted power.

But why?     Autist in me says when Biden is the best they are bringing to the table, THEY have another plan.

And Google supports me on this.....If you Google or Bing Creepy Joe, they bring out all of his misdeeds.     If the NWO / Google wanted Biden to really be president, they would be deep censoring all of that.    They are not, they are displaying it.

BOTTOM  LINE.   With the party in complete disarray, in 5 months, they roll out Michelle Obama.   Watch for subtle signs, she (?) will be more in the news in the future, doing good things, standing up for their little power bases like gays and criminals, and of course, pointing out the vulgarity of Trump.


Here are 2 pictures, this is after pedo Joe has distracted, made his move, and the girl has moved away.   Note the down trodden head posture, and the clenched hands, both. 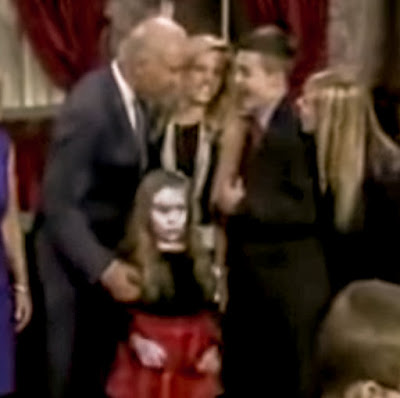 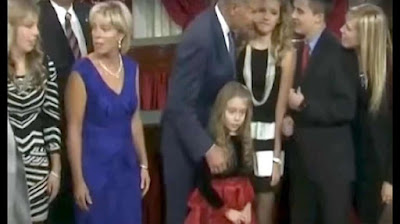 Jeff Sessions slapping away PJ's hand, from his grand daughter. The insiders know who the real pervs are.