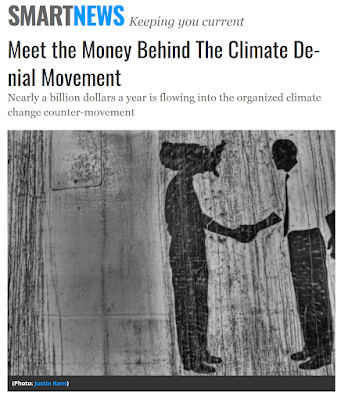 The original Starwars is the only movie I have ever seen twice.   But I am going to see Godzilla, again, next week.

And on cue, the "Establishment" media and academia trolls out the bullshit that those who don't swallow the lies of Human Caused Global Warming are heavily funded to Billions of dollars....I mean sheesh, even 10,000 would be awesome!!!!

Pictured article is from the Smithsonian and is the most popular today!   Even though the story was originally from 2013....ya wonder how the search engines push this to the top, eh?

No, I don't wonder.   Sheesh!!!
https://www.smithsonianmag.com/smart-news/meet-the-money-behind-the-climate-denial-movement-180948204/?fbclid=IwAR0_od2X69CD9crBDMgchpaMPlcdKF7DLs82hd--8PsRIkFAPS5uEFQK2TM

Speaking of franchises in trouble, Godzilla: King of the Monsters plummeted 69 percent in its second weekend with a pathetic take of just $14.5 million — and this comes after a lousy opening weekend that brought in just $48 million. After two weekends, Godzilla 2 sits at just $78 million, which is less than Godzilla (2014) took in it first three days.

Worldwide, Godzilla 2 sits at just $193 million (not counting this weekend), so the chances of reaching breakeven are almost nil.


I saw Godzilla last night on the $5 movie night! 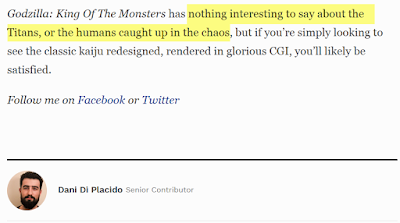