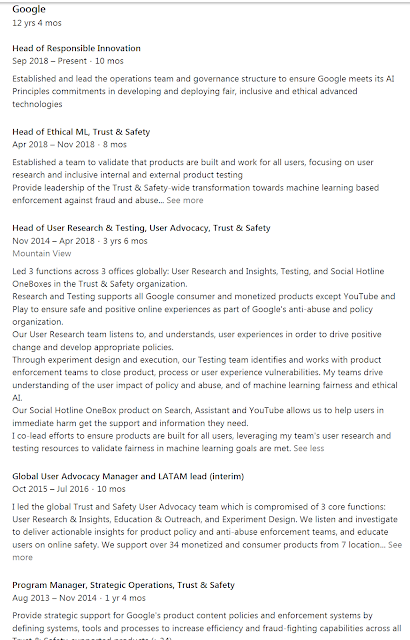 Wow --her Facebook page is still "up".    With a hit piece against Trump pinned to the top.

Her new married name is Jen Gennai, she used to be Jen McDonnell

No time.    This is a big story.   It represents a basic threat to not just the USA as a sovereign nation,
but to the freedom of human beings

Some call this the promotion of the "Social Justice Narrative" but it goes beyond just that.

I have written on this matter already, with an example on "white couples" showing anything but white couples.   See HERE.

I have probably 400 screen captures of the types of things that get censored in various comment sections, twitter, disqus.   Someday, I will sift through these and "expose the narrative".   We already know what the narrative is, but "Proof" is good too.

So I don't "Google" anything, anymore, for what it is worth I use DuckDuckGo.

Her prior jobs at Google have similar "themes", see above.

Section 230 the Communications Decency Act of the Internet "Protects Google" or so they think.

Project Veritas, heroes, like Tom Fitton of Judicial Watch, are exposing this.   Watch it!

Amazingly, I had an embedded video right from the course Project Veritas.   That disappeared from my article.     I am not joking, so now Google is directly editing my blog post because of information not to their benefit.    SERIOUSLY.

Watch it on bitchute, stay away from YouTube, depower them

From the video, this ought to be enough to make you watch the whole thing. 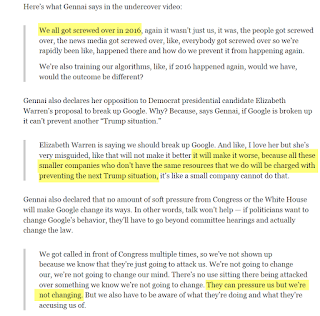 Here is one active twitter account, NOTED she joined MARCH 2011.
I guess she didn't have Fukushima to deal with during that time? 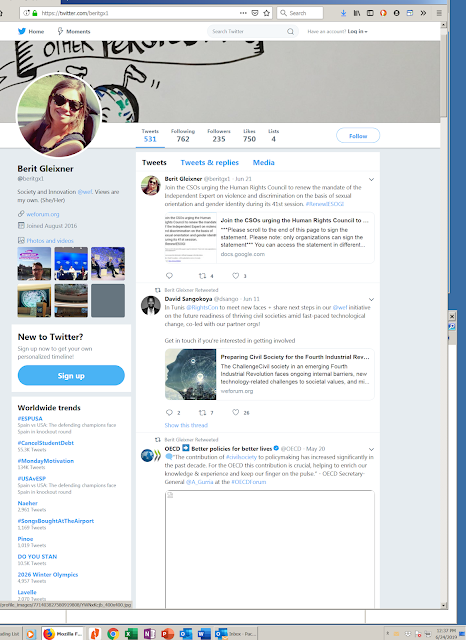 Gennai is an unusual name.    Is she married?   Even hard to find that out.

Here is an archive site for her twitter page, nothing earth shattering there, just a SJW.

Here is Google CEO who works closely with Gennai, he has 2.34 Million followers, but Gennai only has 312 followers?    WAY WEIRD.

There is a lot of information about this guy, he married an Indian lady.
https://heightline.com/sundar-pichai-family-house-height-bio/ 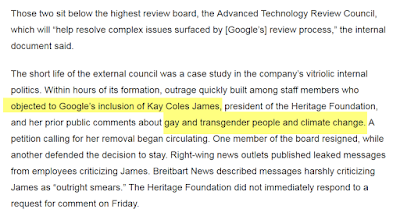 This just in April 2019, internal Google panel to vet AI projects.     They formed a group called the ATRC, which self imploded when the inclusiveness, including a lady who had religious views on homesexuality and her own views on climate.