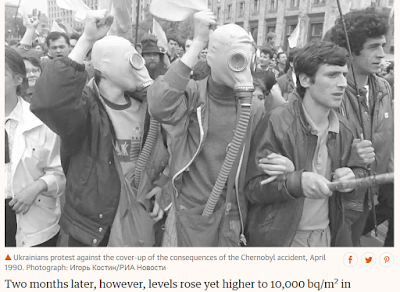 Its funny that Chernobyl is so back in the news, whilst Fukushima continues spewing radiation in a
blackout of news.

Not so funny when you consider that their goals are:

1) Make Russia look bad and evil
2) Cover up Fukushima, since it was used as a primary tool to soften Japan to the ideas of Globalisation.    Japan being a super power, with very little immigration and diversity.    Japan even has a "religion" of sorts called Shinto, kind of the the "religion of being Japanese" and how to live ones life properly.

That is shown by my read of about 3000 Clinton emails, and my interpretation of the emails that were destroyed by HRC and her handlers.    Read here: