One of my Alma Maters in Northwestern University.    For a few years they were sending out very liberal, SJW emails, in which they, on high moral ground, assumed that everyone agreed with.

I wrote them a strongly worded letter, indicating that many, and especially the older more sucessful and more likely to contribute via donations or scholarships did not share these values, and that it was quite insulting to make the total assumption that "everyone" did.    It was a full page long.

Their style changed, and has remained changed.     Money talks.

https://www.zerohedge.com/news/2019-06-14/campus-wokesters-expose-descent-liberalism-maw-delusion-bad-faith
------------------------------------
At Oberlin College, the management participated in mobilizing students against an innocent bakery and pretty effectively put them out of business.

I wrote an email to the President of the University, and the day after the larger legal judgement against the University, I got an "Auto response" from her email saying she was away from the office.

You can email to Meredith Raimondo here:


congratulations!   You started an important trend.    Maybe we can stop brainwashing college students with stupid ideas of a co-opted liberalism design by the Globalist to advance their narratives. 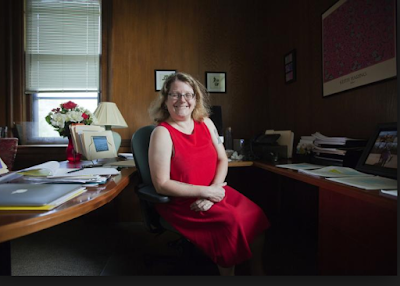 "Raimondo joined the Oberlin community in 2003, as one of the professors in the newly Comparative American Studies. She has taught courses spanning the themes of gender and sexuality, race and ethnicity studies, social justice, and HIV/AIDS. In 2014, she was recognized with an Excellence in Teaching Award and later that year was appointed special assistant to the president for diversity, equity, and inclusion and Title IX coordinator, a position for which she oversees institutional policy to ensure all students’ needs are being met under Title IX guidelines."  https://www.oberlin.edu/news/meredith-raimondo-appointed-vp-and-dean-students


And doesn't that make her just oh-so special …

From my alma mater, UMass, which of course is a state school:
https://www.umass.edu/senate/sites/default/files/SR%20GEC%20UPDATED%20GEN%20ED%20DIVERSITY%20RECOMMENDATIONS%20Sen.%20Doc.%20No.%2017-070_0.pdf
This diversity stuff started being introduced roughly 10-15 years ago.  Before that was a foreign language requirement instead.  I think it was no more than 1 or 2 classes total but you had to take something that would fulfill that requirement AND before you could graduate.  I know because I was finishing as they were scrapping it.

Now they want 4 courses, or 16 credits to fulfill this "diversity" area.  I only posted this because I just decided to look it up to see; the edits in here say it all on how stuff is getting further framed.  Sad.  I don't even want to look up what courses are falling under this requirement & who might be "teaching" them...

May I also add that tuition/room costs have at least doubled for in-state to $20-25K+ (also in that time frame) to go here so you're looking at $100+K when you graduate?