Bankrupt the Midwest, Starve the Rest Of The Nation. Let No Flood Go To Waste -- Use It to Extract Power and Weaken the "Enemy" (US) 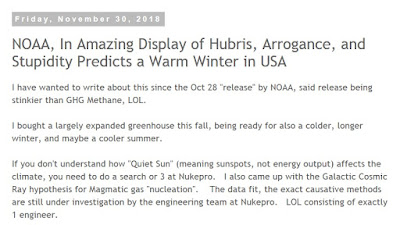 I predicted a cold and brutal winter for much of the USA and was totally correct.   The "Quiet Sun" is
not rocket science.    I made these predictions far before NOAA totally stepped on their lack of any grounding in common sense and observation, in October last year when they predicted:

Here is that article:

Some have claimed that the midwest flooding is totally intentional.   Like the way that Russia rained out the Chernobyl radionuclides over the country side to avoid letting it get to Moscow.... Indeed, for the evil powers that be, I would put nothing past them. 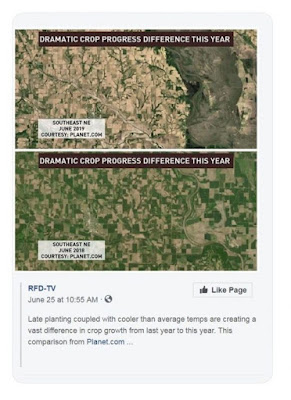 1) Floods continue in many midwest states.
2) These floods were horrible in spring, and many farmers did not plant their fields, many could not even drive into their fields.
3) Even many gardeners did not plant, as their soil was too wet, unworkable, unplantable.
4) MSM is ignoring this plight.    They want a weak "flyover country" to weaken the "Trump base".
5) Wisconsin is hard hit.   Corn is supposed to be "knee high by the fourth of July", unless of course it wasn't even planted at all.
6) Gas with ethanol (which is from corn), and that is all the gas in the USA, is going to be expensive soon.
7) Food is not just going to be expensive, it will also be "unavailable".   Kind of nice to have a few years of food already "canned" eh?
8) Trump is not focusing on this issue either.   It help the "trade war".    We don't have to worry about other countries not buying our food, since there is no food.   Their leverage over us is limited in this way.
9) It was already clear in spring that many farmers were going to rely on crop insurance, and not even going waste the money on trying to plant and hoping for the best (correct guess -- continued flooding would have made all the seed purchases and sowing, at WASTE) 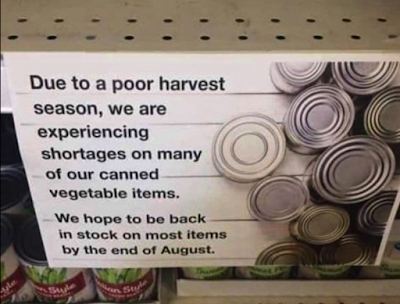 Not to brag, much, but ability to see past the lies of the entire power structure and their mouthpieces, the main 6 MSM owned by the same "club"....is useful.    Even last fall I was building 2 more raised planters that got a significant amount of crop production up and out of harms way.   I dropped other projects and hit the Micro Farm hard with 2 additional raised beds this spring, and in early July it was dry enough to plant the "ground level" in many areas.

I'll do a full post on the Micro Farm probably in mid-August.   It's project year, its time to prepare. 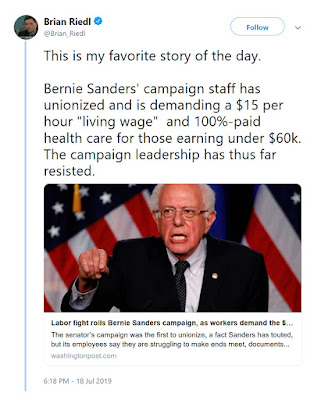 Real Cool Bernie......higher wages so that your minions can try to buy what doesn't exist.    As workers are replaced with robots....the perfect storm for dependency.