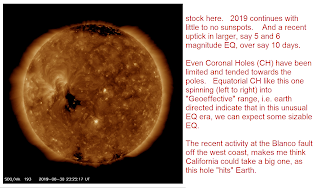 Per 3) I did some early work related to the largest earthquake observed on Earth, and fast moving space rocks.   The correlation was large, the obviousness of "its not gravity" was also a slap upside the head.

What is this space jello that gets so set up in standing vibrational waves to make that happen?   Riddle you this.


Although the Coronal Hole we noted on Jul 1 did indeed seem to pack a huge punch to California, and that CH is now rotated "right" from our perspective and thus no longer "geo-effective", but it set in motion a chain reaction that keeps going, with 103 in last 24H in Cali, leaving just 32 EQ over 2.5M for the rest of the world combined.

And Trump declaring an emergency for California based on the EQ. 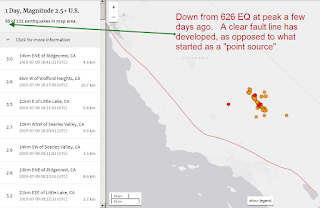 We note that what used to look like a "Point Source" of quakes, we feel caused by a huge chunk of Upper Basement falling off into a magma chamber, based on our time and depth charting...has migrated into a clear fault line.


This is kind of a neat site that makes planetary positioning easy to visualize.    You can see 4 planets pretty well lined up, Earth being one of them. 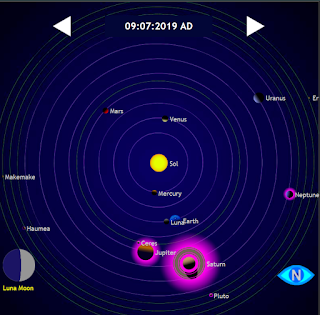 What is ignored in "traditional" science is the basic and yet complex electro-magnetic interactions
between the sun and planets, and when the planets line up, between the planets and the planet, jumping on the bandwagon of their individual electromagnetic circuits with the sun.

Heads up, we are keeping California and Oregon,  including the Blanco fault on alert

Looking at the planets, we are mostly stuck with their apparent motion as seen from an Earth observer.

One key element that I watch is "Mercury Retrograde" which is a warming for travel, communications, and contracts.

Perfect, LOL, just what I am launching into, tomorrow, and mercury goes Retrograde July 7th....

Wikipedia doesn't do a great job of making that all clear, but here it is. 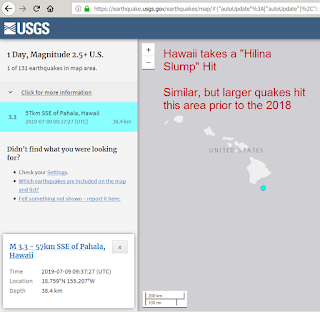 Interesting....Scripps took a charting technique from my Earthquake analysis.   They switch the timeline, with later time being on the right.    I usually plot with current time on the left, as that fits the data as downloaded from USGS. 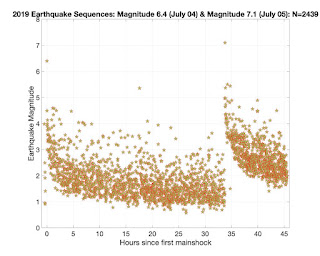 "Paveway" is already doing what I want to get to, Animation via kmz files

Berkeley also has some interesting graphics.   It shows an El  Blanco type 90 degree angle event, which doesn't jive with what I have seen from USGS at least on a daily basis.....more time needed for further investigation.  I added a 7 day look below the Berkeley chart, and it looks nothing like the Berkely chart. 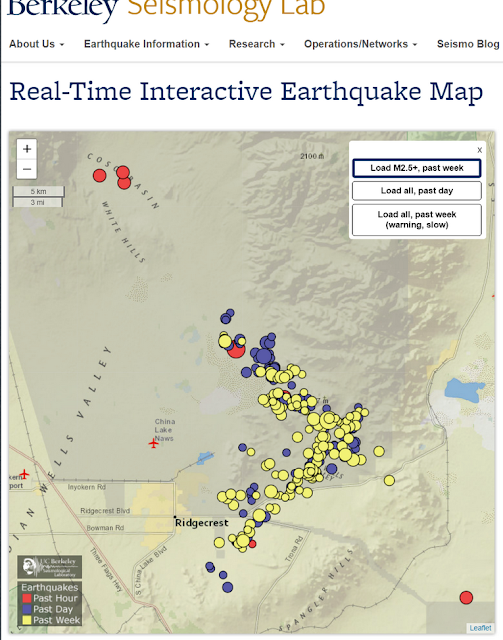 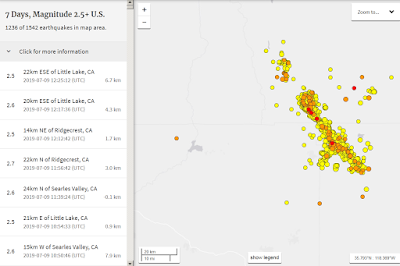 The Watchers, does some Watching, check them out, great view of planetary motion also