Marc Rich, A Lynch Pin of Rat Trails -- Get That Name On Your Radar and Spell It Right, Anons, Involved Epstein and Uranium 1

Get that name on your radar.

He died in 2013, pulling strings until the end.   His name is still relevant though, and the rat trails left behind.

Of course, he is Jewish.    Of course he had a sordid history with manipulated legal proceedings. 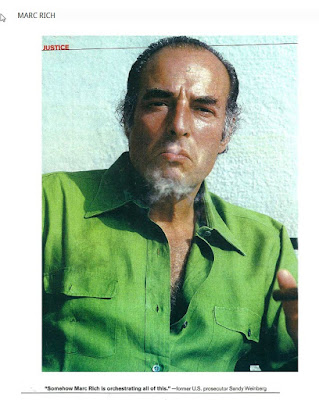 This is a long read, and a re-hash of much of what I know, scroll halfway down to Part 2, to get to the Richness.

The article is from David Duke, I hardly knew the name, seems he is associated with white
supremacy and such.   Oh well, risky to link an article, but other character defects do not take away from the veracity of this article, which was actually written by Andrew Joyce (no idea who he is).
http://davidduke.com/justice-denied-the-marc-rich-case-part-i-and-ii/

And good ol' George Webb, finally getting some airplay on ZH....dives in.   Marc Rich is there.

Here is a "more neutral" source.

His wife with "the clan".     He got a nasty divorce from his first wife, she was out to get his money and into as much trouble as she could make.   Funny how she didn't self inflict 17 nail gun shots to the head, I guess ol' Billy boy and HRC were still perfecting their methods in the early 1980's 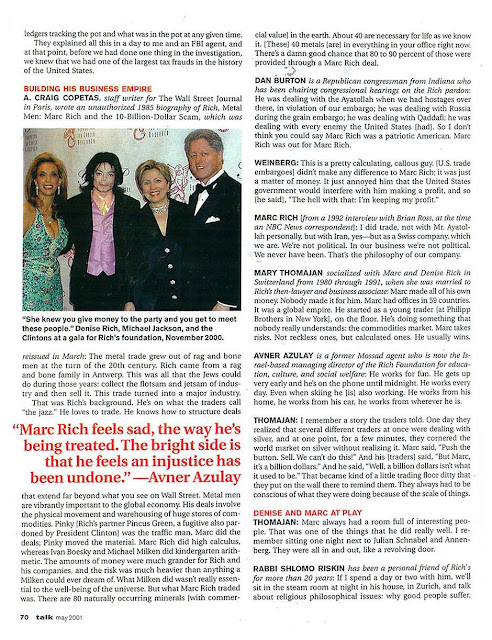 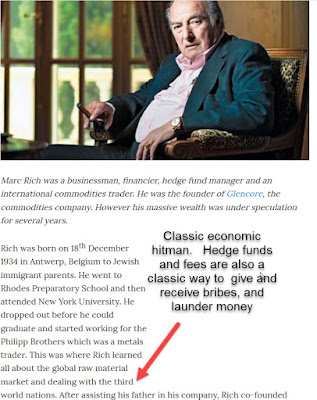 A reader submitted this treasure trove of research on Marc Rich, showing us how deep the rabbit hole goes.....

And Skolnick's overall page.     He has reportedly passed on and apfn is archiving his work.