stock here -- The Propaganda is heating up. 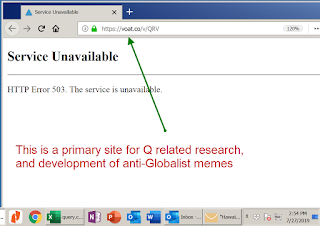 For many of the young indoctrinated ones, the propaganda has been very effective.   They are "true
believers".    But many others see through the lies.

VOAT was shut down because they attacked some powerful forces.
https://archive.fo/ArZdi

But like the dying Bronto, thrashing as the ooze closes in oh him, the death throes can be quite deadly and dangerous.

VOAT is / was a great site.    They have come under denial of service attacks before and now they have been down ALL DAY.

Meanwhile, CONGRESS is passing a bill in which "meme sharer's" can be administratively fined up to $30,000 with no recourse.

Ya think that might have quite the chilling effect on sharing of anti-globalist memes?

But the reality is the CASE Act would significantly lower many of the legal hurdles that protect citizens from overzealous copyright lawyers in a variety of ways, from allowing claims for works that aren’t registered, to the ability to unmask alleged infringers without the same standards as federal courts, the power for the CCB to create its own rules, limited due process for claims below $5,000, and an “opt-out” approach that can be confusing for folks who can’t afford expensive lawyers.


The CASE Act also allows claimants to collect fines without showing actual harm from a copyright violation, and leaves those trapped in the system with little recourse.
“It’s true that federal litigation for small-dollar-value disputes generally isn’t practical. The federal courts impose costly, sometimes unnecessary burdens on nearly all who use them. But much of that expense comes from procedures that promote fairness, established and refined through years of use in all types of cases, not copyright infringement suits alone,” EFF reports.
“Creating a parallel track that allows copyright holders to dispense with those procedures as a privileged category of litigants just doesn’t make sense.”
“It lacks meaningful opt-in consent for all parties, structural safeguards against abuse, and legal accountability through a right of appeal. The bill would allow an unappealable tribunal to assign damages of up to $30,000, or nearly half the income of the average American household. A tribunal with that kind of punitive power must be accountable. The system envisioned by the CASE Act is not,” said Meredith Rose, counsel for Public Knowledge, a public interest nonprofit that promotes open internet.


“Moreover, we are deeply disturbed by the lack of process surrounding the consideration of this bill. The Senate Judiciary Committee passed the bill today without any hearings on its content, and without any opportunities for all stakeholders to voice their concerns. For any bill — let alone one that could drive the average American household into bankruptcy — this lack of transparency is inexcusable.”
The CASE Act is now awaiting a vote before the full Senate. 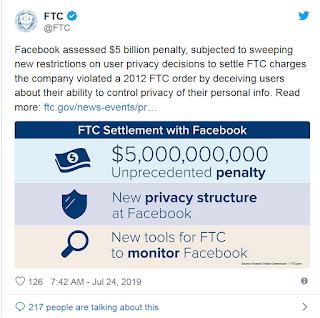 Methinks this Facebook "Settlement" will be spun by Facebook into policies that create more, not
less censorship.    If you post items that go against the narrative. Facebook will create a special policy for you to accept or not.   Of course, if you don't accept it, Facebook will have put you unilaterally into a "holding pattern", i.e. censored.

And rest assured, future censorship, once busted and proven, will be "explained" by the tech propagandists as just processed that are "automated" or part of an algorithm.

It is happening already.
https://www.thedailysheeple.com/tulsi-gabbard-files-lawsuit-against-good-alleging-discriminatory-actions/ 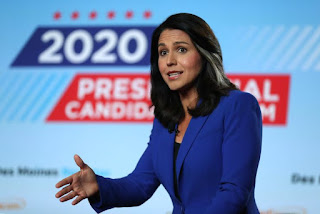 A Google spokesperson said in a statement that Gabbard’s account suspension was a result of the
company’s automated systems.
“We have automated systems that flag unusual activity on all advertiser accounts — including large spending changes — in order to prevent fraud and protect our customers,” the Google spokesperson said in a statement to CNBC. “In this case, our system triggered a suspension and the account was reinstated shortly thereafter. We are proud to offer ad products that help campaigns connect directly with voters, and we do so without bias toward any party or political ideology.”


“Google’s discriminatory actions against my campaign are reflective of how dangerous their complete dominance over internet search is, and how the increasing dominance of big tech companies over our public discourse threatens our core American values,” Gabbard said in a blog post Thursday. 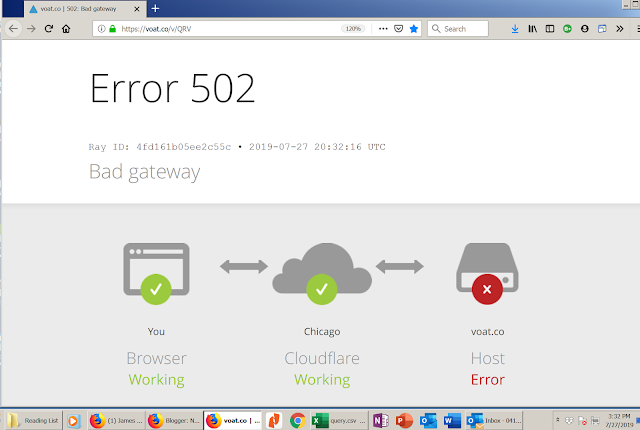