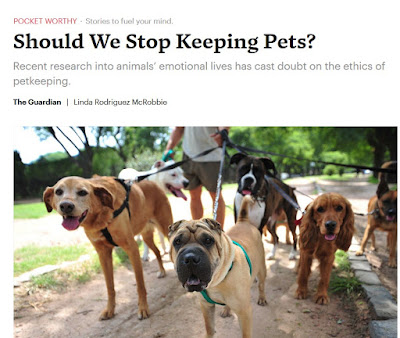 The NWO goal is to sow discontent everywhere, to make people disatisfied, to encourage them into non-productive lifestyles.

Their goal is to make everyones life as shitty as possible.

What should be the punishment for that?

Are you fucking stupid?    If you don't understand that this is an important point.   Part of the narrative.   Like flooding Europe with Muslims, the point is to make everything suck.   Its working, and it needs to be exposed at every level.

Normies would be like....so an anti-Dog article makes you think there is an evil empire that is trying create strife and discontent, and squash the people and Government of America which were previously too strong to control.....

No a normie would not allow that leap of logic.   But when you have 100 items like this and one stands back and says there is only one or two logical explanations for the absurdities of the "arguments presented", well, at least my hope is that the underlying plot can be fully exposed.    And then we can swing these fuckers from lamposts.

Sorry, even the "innocent ones", the so called journalists that were fed the narrative from Bezos and boyz and told to write a story "exploring this concept".   Sorry, if you are so fucking stupid or desperate to follow those directions, I would be glad to see them removed from society also.