I think this is simple enough.   Powerful evil will stop at nothing. 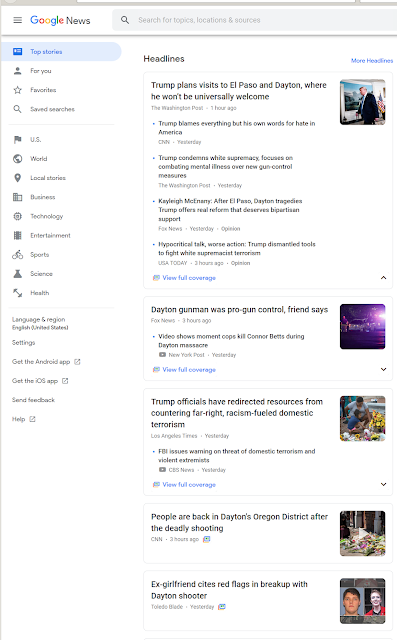 And I guess now, 2 purposes.....make us scared of sunspots coming back, and just make us overall scared and destabilized.

You have to bear with me as I set the stage in this video about a person who has come out of the shadows recently and who ran in the same circles as Jeffrey Epstein and Ghislaine Maxwell. more... Conrad Black was a powerful media mogul - could he be a key to untangling the web of corruption? Find out why I think so. If you contribute financially so that I may keep doing this work that I love to do, I have set up a paypal account set up for that purpose: https://paypal.me/PollyStGeorge

My videos on Bitchute: https://www.bitchute.com/channel/99Fr...

Nice!! Great job. It’s all coming together! A few things you glosses over that are important, though.
Carly Fiorini from Hewlitt Packard ran for President in 2016. They tried to drag her into some drama about Russians & did get her to get on board with the Electoral College pressure/ voting lawsuits... for a bit, anyways.

And Dmitri Alperovitch is from Crowdstrike. So yeah- I think you hit the nail on the head with Vicky Ward.

negotiated an arms deal for Saudi A by bribing Thatcher’s son Mark, also helped negotiate an oil deal in the Congo for Canada that I think the Bronfmans were also involved in, and did you know he was flying to Switzerland to have Young Blood infusions- it was a health treatment WAY back then!!

A few other random things: there’s a video on Epoch Times that suggests the Russians started the mass-scale underage girl honeypot for espionage back in post WW2/ early cold war days?

The Outer Light has a new video suggesting Epstein or someone on the island was giving underage girls Russian lessons. It’s interesting because of Epstein being close to Lynn Rothschild who is in biz with the Bronfmans & I always thought it odd the NXIVM ppl had a bunch of Russian money in the safe when they got raided.


Conrad Black’s father used his “contacts from his job with a Canadian Brewing company” to get Conrad set up in his first job. Also, I wonder if Conrad Black is somehow related to Leon Black who is super deepstate connected, his family used to have Chiquita Bannana/ United Foods.

Eli Black, Leon’s Father outbid 2 other companies to get it, beating out Zapata. Zapata was biz partners with G Bush Sr. Eli Black committed suicide not long after that. Anyways it’s interesting because a big story came out about the company & Black was awarded a big libel settlement.

They’re also tied to funding the migrant caravans. And they have some shady gov deals that let them get access to massive amounts of water for their farms in CA shorting the locals & other farmers.

Or they used to. Trump straightened that out via an EO last year (Nunes’ district). Here’s a good article about Kashoggi- funny, they quote Vanity Fairin here. Lol GREAT WORK POLLY! You are connecting so many dots for me!

❤️ 👏 https://www.independent.co.uk/news/long_reads/adnan-khashoggi-dead-saudi-arms-dealer-playboy-pleasure-wives-billionaire-lifestyle-wealth-profit-a7778031.html
Posted by Stock at 6:36 AM