Fanning the Flames, Is Not What the "Good Guys" Need To Do, Nor Should We Take Abuse and Lies 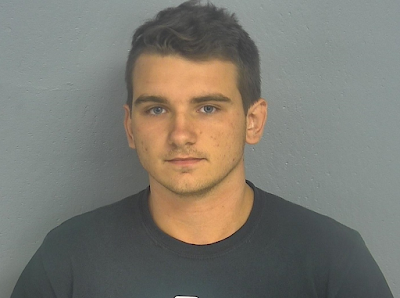 A citizen exercising his right to open carry, caused quite the commotion at a Walmart.

He was not arrested.

But this is stupid.    Getting people more anxious, more crazy, is not the job of those in the right.   Civil war will not solve much in the way of problems.

Exposing the criminal "elite" and their possibly satanic leanings COULD be enough to "save" 20 or 30% of those brainwashed by the co-opted former "liberal" position and mass media propaganda that would make Bernay's proud.   Get the book, read it.   It is totally being used by those trained in it's methods.....Obama, Hillary and Bill for a few.

A guy open carries in a Wallmart, and goes to the sporting goods section to buy ammo. Has 100 rounds in his cart, and probably a decent amount on him because this was America. The manager freaks out and pills the fire alarm, and he calmly leaves with the other people. A fireman sees him and assumes the worst and points a gun at his head. He doesn't resists and the police talk to him and don't take him in because he broke no laws.
Then the media claims there was an attempted shooting all because some manager was a liberal pussy and started a dangerous situation by pulling the fire alarm. Why are people pushing against open carrying by spreading fake news that portrays anyone open carrying as a possible shooter.