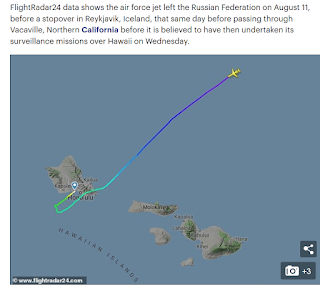 The desperate left, not being able to come up with any cohesive strategy, is back to fear mongering on Russia.

Indeed, without an in depth research effort, it appears that a Russian missile and maybe entire launch station, blew up.    RadChick covers it in depth, have not had time to read her whole article, its below. 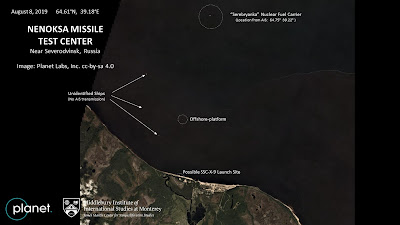 And it's funny to see Zerohedge somehow becoming a "Radiation Apologist" especially in the comments section, check it out.

But the scaremongering is obvious.   The latest narrative of the desperate left.  And have no doubt,
desperate people are dangerous.
"Mainstream" coverage


Oh my --- Russia flying right over USA!   They are in your BACKYARD! 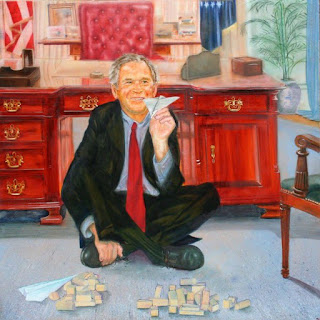 "It's as if we are all Jews now" Wow I may have to steal that one from you, it's rich at several levels.

Methinks your nexus to the "fashion industry" is part of your problem.   Similar to the "entertainment industry" it has attracted those who wish to mold our society.   Research Victoria Secret and Wexner, and see how that ties into Epstein and the Dayton shootings.....it also attracts those with superficial charm and many of those are sociopaths.

For sure, society has changed, for the worse, and much of that has been "programmed" by the Globalists, that are for the most part, a loose group of assholes that sometimes get on the same page to advance a general nefarious purpose of power, control, wealth, and dare I say, a fair amount of occult and satanism.

Mark Ivey"We must be aware of the nature and methods of the Kremlin’s actions." But American Trump supporters say it's all fake news..


That's stupid to say that any group would consider any aspect of news, including Russia Russia Russia to be all fake news. Leftists are getting confused now. I was speaking with a retired teacher, total leftist, and she asked if I thought that Russia had better weapons that USA. I said of course, they have nuclear propelled hypersonic missiles and we don't. Those can evade any existing missile defense system and don't have to follow a "flight plan" like a traditional ballistic missile has to.
She was somehow "also" sure that USA was superior to Russia in weaponry, and was sure that the Russian missile blowing up was a sign of that. Sad, not to be able to look at reality and see what is really there.
Also to point the finger at Russia and ignore the incredible crimes committed by the USA via their 5th column, the CIA and it's lapdogs, the FBI is pretty hippocritical.
I'd be flinging them to the four corners of the world, but you know what happens in that scenario, and it ends with Jack Rubenstein (did you know that was Jack Ruby's real name)