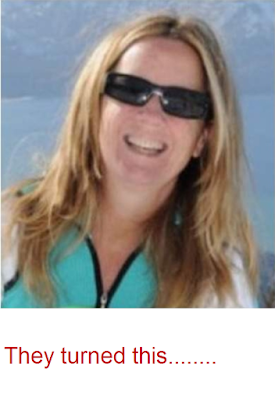 The plot is pretty simple here too.

They attack Kavanaugh, AGAIN.    Invent some new accusations, and say he must be impeached.

"They" are desperate, seeing decades of "hard work" and hundreds of Billions spent to try to install control over the whole world, and they see their efforts exposed, and slipping away. 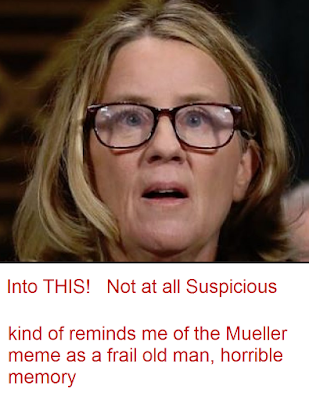 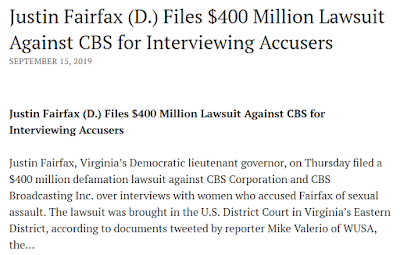 meanwhile, short of throwing lead, those unjustly accused of "abuse" have decided to attack through
the legal methods.    Justin Fairfax (Dem, Virginia) is suing CBS.

Trump thinks they are trying to scare Kavanaugh into "turning liberal".
https://truepundit.com/donald-trump-new-brett-kavanaugh-claim-to-scare-him-into-turning-liberal/

Now Holder is suddenly back in the news....

And it looks like his job is to scare Trump into backing down on issues, by pretending that Trump "could be prosecuted" after he is out of office.   As if that fake threat would deter Trump AT ALL.

The new meme is "Campaign Finance Violations" with no backup, nothing realistic, except the slimy turned lawyer Cohen.....


“We already have an indictment in the Southern District of New York where  Michael Cohen — relative to the payoffs, Michael Cohen’s already in jail with regard to his role there,” Holder went on.

Stormy Daniels was an extortionist, who did get paid off.   The hilarity of it all.   The spin that they later chose was that Cohen giving money to Daniels "specifically to influence the election"....well think about that....what money is spent by any person, team, of super-PAC, WITHOUT the intention of influencing the election?

Then, if they are saying that Cohen donated too much toward the election because that was his money

at the time....then I could see that argument.    But getting Cohen in trouble is not the goal, they have to link it to Trump, so then they say that Trump then gave that money back to Cohen, meaning:

1) Cohen did not personally over contribute
2) Trump used his own money to help himself get elected.

Not because Cohen is going to “sing” (there’s no cooperation in this plea) but because they did not want to actually have to prove the “violations” in open court as it would likely invalidate them. Better to let Cohen off on 65 years of prison as long as he’ll say what they want him to say while not actually having to prove their case.
Not having to prove it is the real matter at hand. These violations don’t actually appear to be violations.

Communists and Socialist absolutely require gun control to maintain control as they make life worse for everyone.

The whole Blasey Ford thing was disgusting.   They forced her into this appearance, even then the story had 6 glaring inconsistencies.