Earthquake! Gap Day Analysis Pushes Our Understanding of How the World Works, FORWARD

stock here.
The Gap Day analysis has been fun to "Play".

Running a histogram shows the distribution of Gap Days.   And a very interesting Gap of Gaps.     See Chart.

They actually set up a massive water pumping operation that ran for months and it successfully stopped the lava from filling in the harbor, which was the life blood of everyone who lived there.

Keep in mind, I started the Gap Day analysis while we were in a sizable Gap that started 9-1-2019.   That Gap was closed.

But it pairs with another large gap of 16 that ended in August 2019.

Having back to back large gaps is a HUGE THING.   That type of thing started the long running eruption of the largest volcano on earth, Moana Loa, via the Kileaua sub-Volcano.  Really, proof is here. 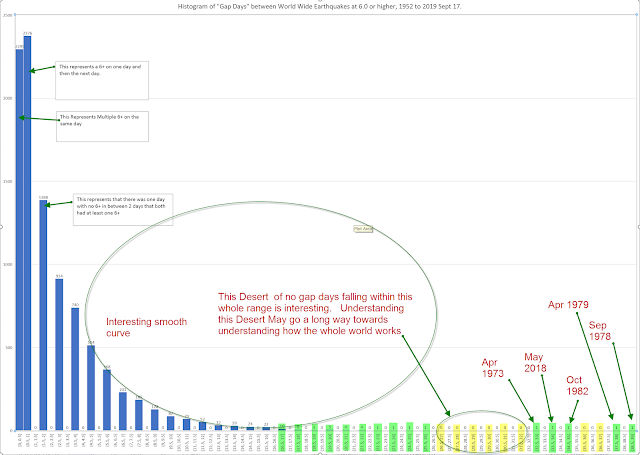 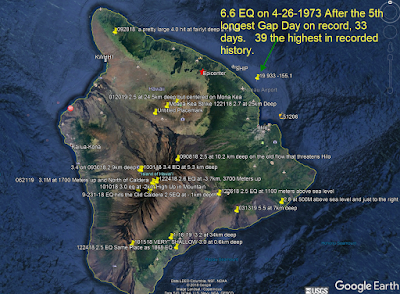