OK this story is huge, much larger than it might appear here, IMHO. But I don't have time to develop it more. Recovering from a house fire and getting ready for a round of Solar work.

The earth "breathes" in large earthquakes.   I use 6.0 and up for this analysis.

When there are large gaps in days between 6.0M+ and the prior 6.0M+ then a series of more rapid large earthquakes will occur, AND serious Volcano action. 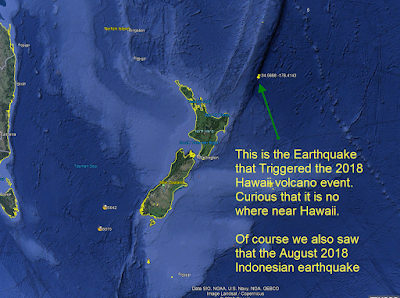 After beginning a study on the large earthquake distribution, it seems like the hugest gap (35 days, and they normally happen on average ever 2 days) in 10 years,
was around the same time as the 2018 Hawaii Volcanic Event.

When I checked, there were 3 gap events that coincided perfectly with the HVE.   Freakin' Amazing.

The first chart is a compilation of sources.  Is is a ten year record.
The horizontal access is a scatter chart of one event after another, so it does not reflect "even time" between hundreds of events. 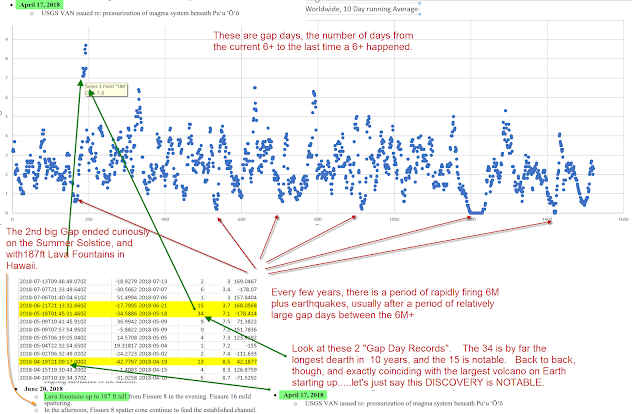 There is large risk now, because we are at large gap, and we have an equatorial coronel hole on the sun, taking aim directly at earth. 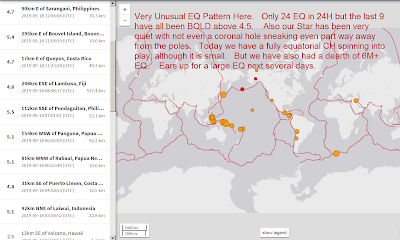 This is pretty Epic, IMHO, 70 years of gap data analysed 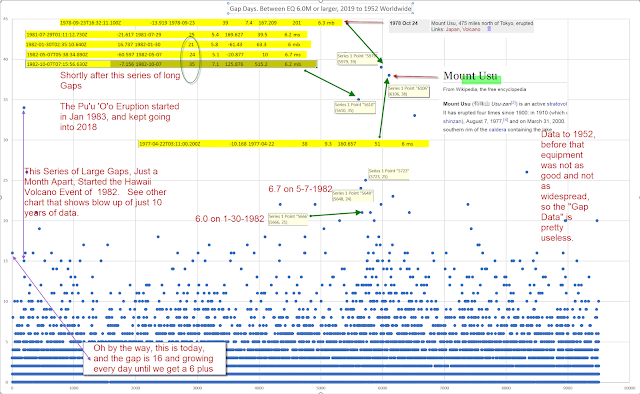 And some recent volcano history 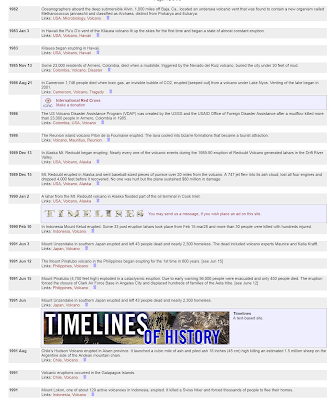 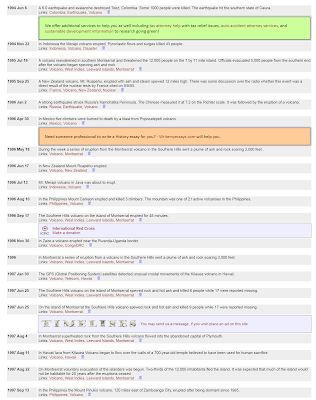 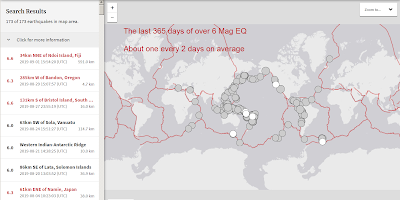 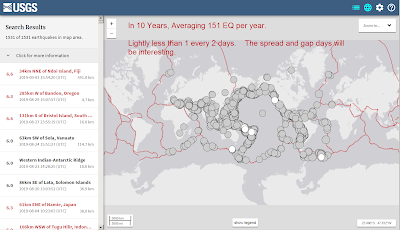 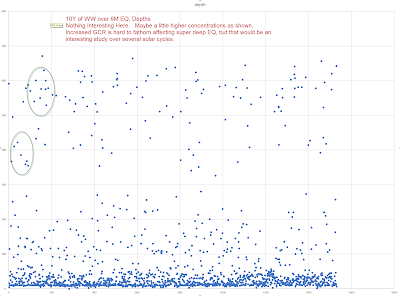 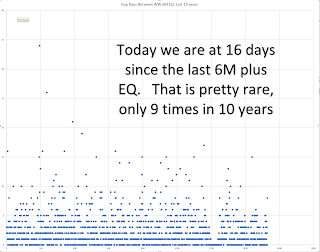 Some good footage of Hawaii Earthquake and Volcanic Action.

Although we agree with Oregon State that "injection of new Magma can activate the rest of the chambers magma", we would like to add our own discovery.....that for shallow depth magma chambers, "Activation" which basically means the right conditions for the dissolved gas to become non-dissolved, can also occur via Galactic Cosmic Rays.