The Biden "Setup" of Trump Impeachment. May 12th We Asked Would the Dems Really Run Pedophile Biden? And For What Reason

Epiphany.   No the dems never meant for Biden to be their candidate.  And Old White Guy is the las
t thing their "base" would get excited about. 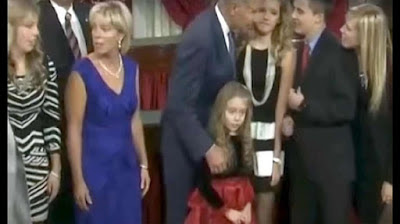 I thought perhaps it was a feint in order to create chaos at the end, and then "reluctant" M. Obama would step up to "save our democracy".

And it still may be.    But I believe now the primary purposes of pretending to run Biden were to:

1) Protect Biden and Crack Pipe Hunter Biden by preventing this administration from looking into the obvious $50,000 a month payoff to Hunter to sit on a Ukraine Gas company (Burisma) Board of Directors, of which he had zero experience and wasn't even on that continent.    Mitigate further exposure of the corruption within the Obama organization.

2) Provide a way to attack Trump, if any investigation into Hunter Biden and Joe Biden Quid Pro Quo withholding $1B from Ukraine unless Ukraine fired the prosecutor who investigating the Hunter deal.   Setup what would appear to some under thinkers to be a credible case for impeachment of Trump. 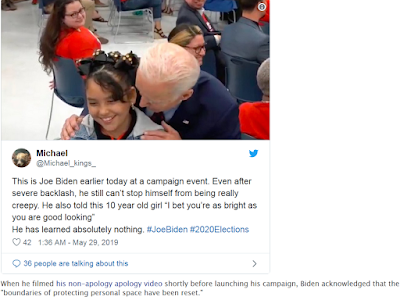 A rare Republican critical of Trump, Romney, also had his advisor Joseph Cofer Black, sit on the board of the same corrupting Gas co, Burisma,   What a coincidence!

And HRC jumps in to defend Biden with her version of "some people said some things"...... 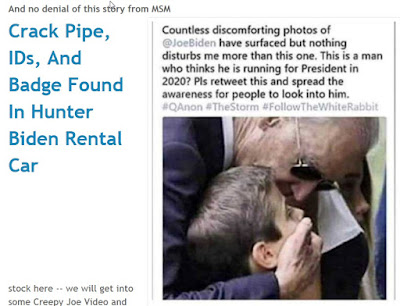 Here is video of Biden bragging about getting the Ukraine prosecutor fired.

Here in May 2019 I questioned whether the Dem would "really" run a Pedophile.

"Creepy" Joe Biden Tells 10-Year-Old Girl: "I'll Bet You're As Bright As You Are Good Looking"

It appears that Ron Paul is on course also
http://www.informationliberation.com/?id=60760

It may appear that the Democratic Party, furious over Hillary Clinton's 2016 loss, is the driving force behind this ongoing attempt to remove Donald Trump from office, but at every turn we see the fingerprints of the CIA and its allies in the US deep state.

In August 2016, a former acting director of the CIA, Mike Morell, wrote an extraordinary article in the New York Times accusing Donald Trump of being an "agent of the Russian Federation." Morell was clearly using his intelligence career as a way of bolstering his claim that Trump was a Russian spy -- after all, the CIA should know such a thing! But the claim was a lie.

Former CIA director John Brennan accused President Trump of "treason" and of "being in the pocket of Putin" for meeting with the Russian president in Helsinki and accepting his word that Russia did not meddle in the US election. To this day there has yet to be any evidence presented that the Russian government did interfere. Brennan openly called on "patriotic" Republicans to act against this "traitor."

This image is fabricated.   The Trump and Ivanka picture is pretty real, but the Pedophile who was suicided was just added into this picture. 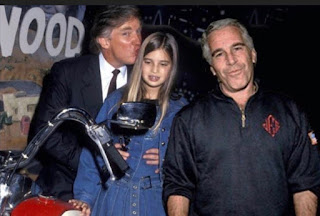