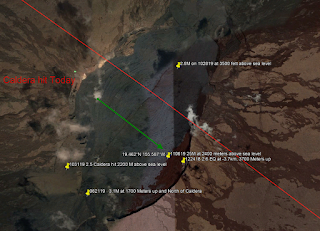 I will add some dated screen captures from the video, makes it easy to see the progression of high hits.

But for some reason, blogger is not letting me add pictures, first time in 9 years.

I will shut down, re-boot, and try again.

Of course, as the Pacific Hot Spot, and my occasional home, I keep an eye on Earthquakes in 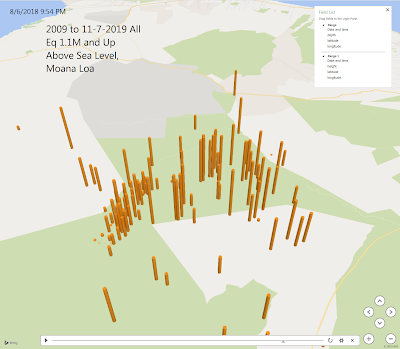 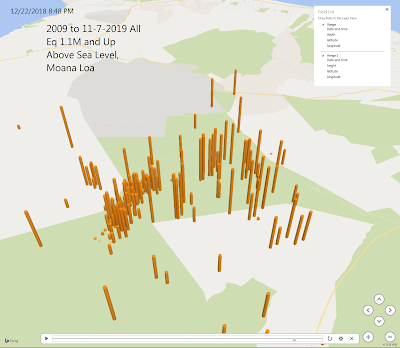 Quite a bit of change into June 13, 2019 below, and then watch the video to see where it ends up ---- a bunch more hits very high up, and hits right on the caldera. 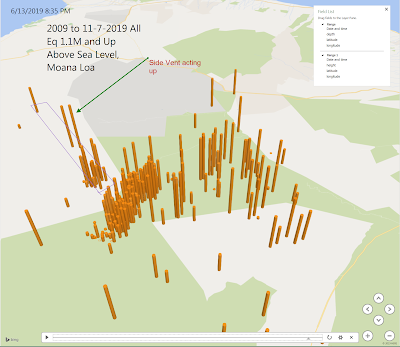 The Kp index (measure of Magnetic Field variation on Earth thought to be all from space weather effects) has been nearly flatlined at ZERO range for almost 2 weeks now.     When that happens, the Cosmic rays that get into our atmosphere, and effect health of humans, and nucleate clouds, and nucleate magmatic gases, increases.

So we expect more earthquake and vulcanism, especially on magma chambers that are close enough to the surface to allow "nucleation" of the gases and thus movements upwards and through sideways channel flows.

And we are seeing that, very much in the short term, but as a longer term trend from 2018.