stock here
Sheesh, lot's of stuff on my plate, but once I got into this last night, it grabbed my attention and it  should grab your.    This is a lot of effing work, hope you appreciate it.  Of course the overall ploy is "Trump abused his power by trying to get Ukraine to help investigate his political rivals."

The real joke is that the Dems NEVER had any plan to run Biden, a creepy touchy feelly slow witted old white guy.     I wrote on that here.    He was cannon fodder to get Trump to attack him and CHH (crack head Hunter).

This is 355 pages long.   Lets cut to the chase and out the narrative.
You can download the PDF here at my Box account
https://app.box.com/s/4dnj6o3t6n5zs2iqh0e5f1ic9frihpyy 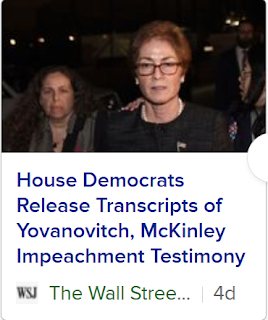 1) Like the numerous and ever more incredulous Kavanaugh "accusers", their plan is to try to build credibility by bulk.    The number of people testifying, the number of pages of transcripts.

2) They want to show "attacks on women" just like Kavanaugh debacle.   In this case, they pretend that there was an attack on a female ambassador (Yovanovitch).    Then they pretend that she was "removed" when in reality how assignment simply came to an end.

3) They want to pretend that 4 main points made by the Right, are actually totally contrived conspiracy theories, that are completely untrue, yet they fail to provide any sort of argument AT ALL.

4) They are pushing the narrative that "career civil servants" somehow get more credibility, and that anything bad said about them was undermining a lifetime of "service".   Instead, think "Establishment" whenever you see career.

5) They bring up George Soros, but deflect the facts and pretend there are a bunch of players they all loop under the misnomer "civil society organizations"

6) They bring up AnTAC (think Antifa) which is funded by the International Renaissance Foundation, which is directly funded by the Open Society Institute (which is George Soros)

8) The reference Nixon as often as possible, trying to create guilt by association with that president who was impeached.   They also use the term "Full Throated maneuvers" again a way to implicate Trump like the Deep Throat of Nixon.


So here are their 4 narratives, which they pretend are completely false, made up.

2) "Somehow, Ukranians or embassy people had animus towards Paul Manafort"

3) "A line of reporting on interconnectivity of VP Biden, and Hunter Biden on board of "the gas company" <note how they hate to even name names to hinder research>

OK quick response here, and then below I will post of ton of annotated screen shots from the 355 page PDF

Items 1 and 2 are covered nicely in this one article.    It goes beyond incredulous that they could pretend that there WASN'T animous towards Manafort.
https://thehill.com/hilltv/rising/434892-senior-ukrainian-justice-official-says-hes-opened-probe-into-us-election

Item 3: Really? Hunter Biden being paid $720,000 to $1,000,000 a year, from 2014 to 2019 inclusive or a total of 6 years,  with allegations of additional off the record payments, for being on the board of Burisma, the biggest, and always corrupt, gas company in Ukraine.   And then the prosecutor who took over after the original prosecutor Viktor Shokin was fired (by admitted direct action of Joe Biden Quid Pro Quo)....the new prosecutor found no evidence any wrongdoing.    LOL.    See how that works?     But look how they phrase their "complaint".     Do they think that a father and son are not "interconnected"?
https://thefederalist.com/2019/09/29/timeline-of-the-burisma-investigation-doesnt-exculpate-hunter-biden-it-just-leads-to-more-questions/

guess they needed more "points" to have their prepondernce of "evidence".    But in typical Dem manner, short fo projecting, they just bring things up that are indefensible and when truth is shown, it actually hurts them worse.    They should have stopped at 3.   Soros funds AnTAC (which was also funded directly by Obama through payments through George Kent, seriously). 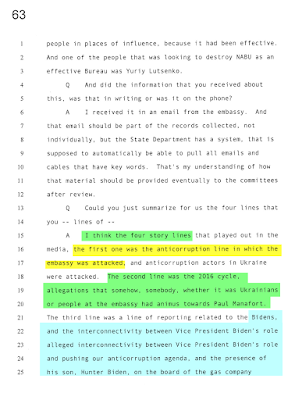 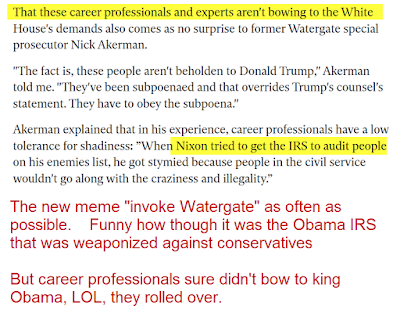 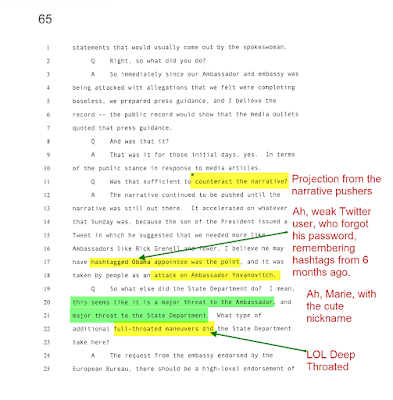 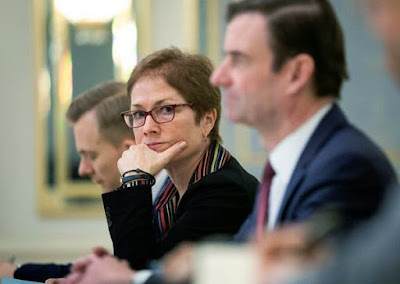 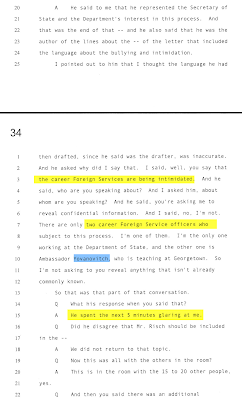 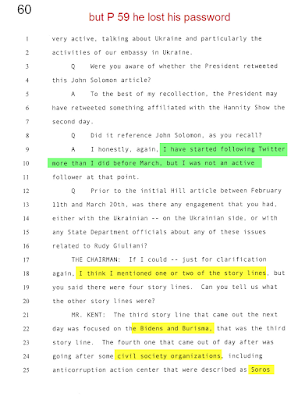 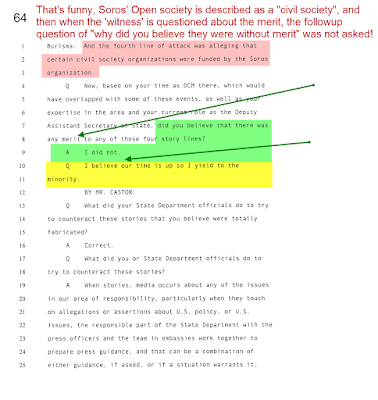 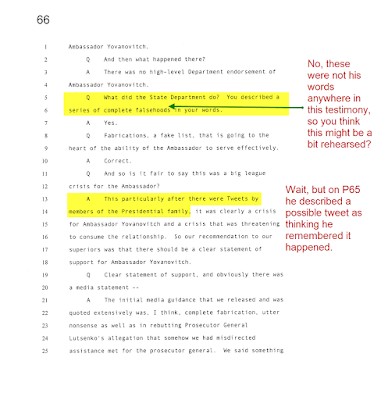 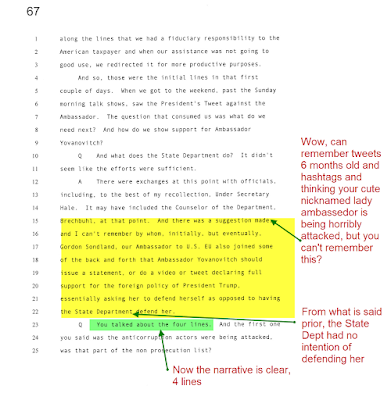 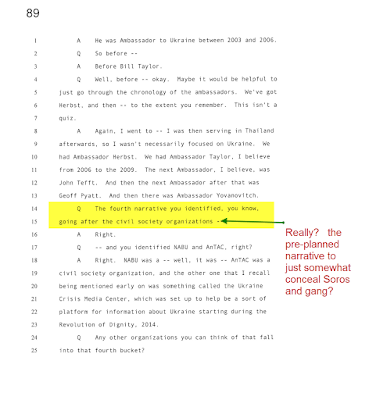 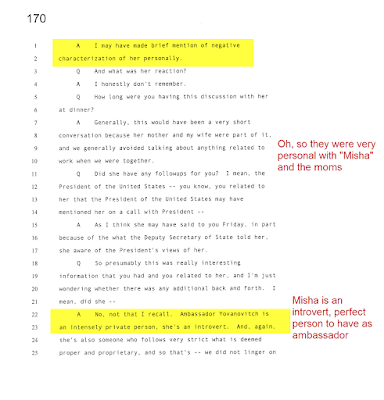 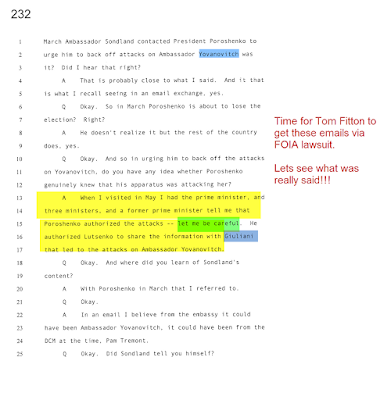 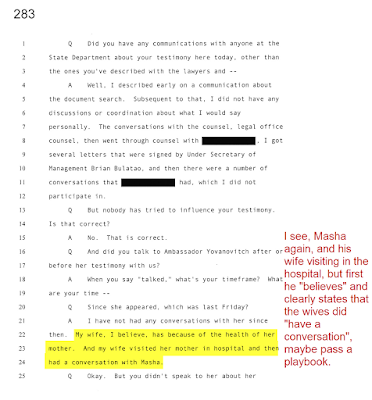 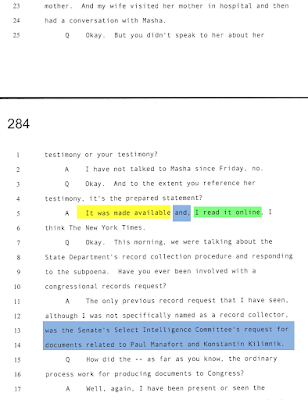 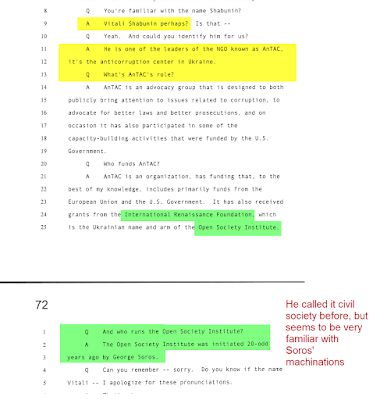 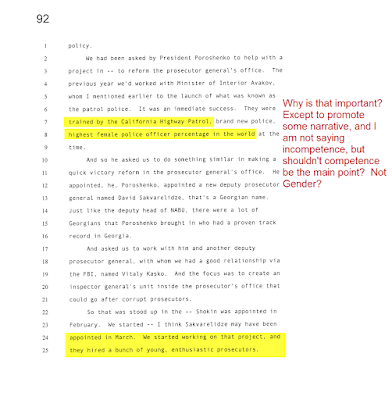 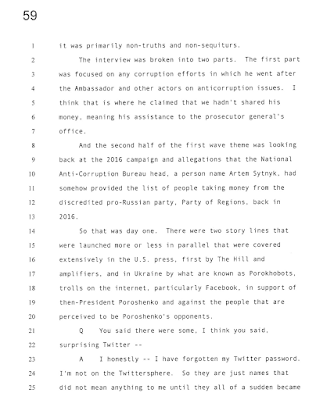 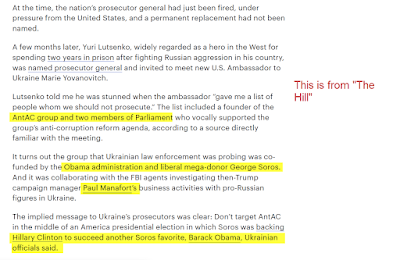 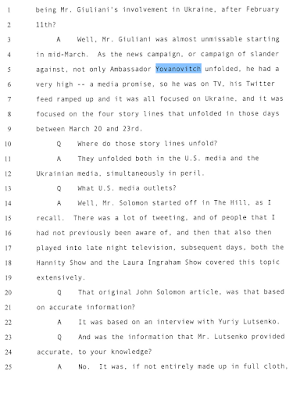