"Whistleblowers" and Testimony, All From Hard Core Never Trumpers

Both Hill articles deserve review, the first is indicating Soros and Ukraine in an evil partnership, the second, a walk bake and worse.

Here is the PDF downloadable of the Trump Ukraine phone call 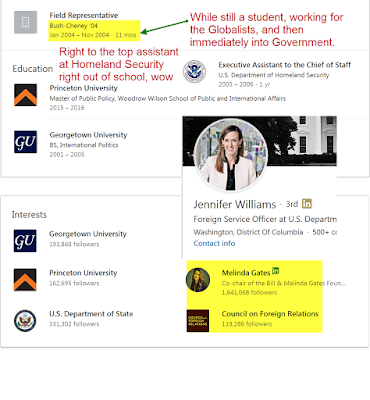 From UKRAINIAN NEWS
GEORGE KENT - A PUPPET MASTER FOR UKRAINIANS
After a series of high-profile detentions, including top Ukrainian politicians Roman Nasirov and Nikolay Martynenko by the NABU detectives, Ukrainian politicians started saying that the NABU activities are directly supervised and controlled by the US.
As was reported before, Ukrainian political party "People's Front" (Narodnyi Front) names the US Deputy Chief of Mission in Ukraine George Kent as a supervisor of the NABU on behalf of the US government.
We decided to look into this.
George Kent's Facebook page has plenty of photos featuring Ukrainian customs, traditions and Ukrainian cuisine. His apartment in Kiev is decorated with traditional Ukrainian embroidered cloths and he shares photos of them with his friends.

He also posts pictures and of his clothes with Ukrainian and Crimean Tatar symbols.
His wife Velyda is with him on his FB pictures.
In 2016, they celebrated their 20th anniversary. Velida Kitaina was born in Uzbekistan, but has Crimean Tatar roots. Her grandparents were deported from Crimea to the Central Asia in 1944.
George Kent himself is a frequent guest at Kiev public events. Recently he participated in the opening of a local grocery store, a scientific symposium on health protection, American movies screening, to name a few.
People's Deputy of Ukraine Sergei Leshchenko once posted his photo with George Kent on his Facebook page (when he was still working at the State Department), saying that Mr. Kent was a good friend of Ukraine.
Our source thinks that George Kent is working for the US Intelligence. He is convinced that Kent had a role to play in the Orange Revolution during his first term in Kiev as political section’s Deputy Head.
"Kent supervises the NABU. He brought Storch (Robert Storch, US citizen and candidate for the position of independent auditor at the NABU) to official and unofficial events", admitted the source.
A diplomat who personally knows Kent described him as a "puppet master".
"He knows ins and outs of the Ukrainian politics.
He gives recommendations to some people and instructions to the others".
He is nice to those who follow his advice.
According to him, the position of the Deputy Head of the mission is high enough for the leading Ukrainian politicians to listen to him. "Yovanovitch, for instance, can’t visit Yatsenyuk at the Carnegie center at night (the Carnegie center hosts the office of Arseniy Yatsenyuk's "People's Front" (Narodnyi Front)). And Kent will do it, and they will listen to him", said the source to "Strana.ua".
-------
Explanation: NABU is a Ukrainian law enforcement anti-corruption agency which investigates corruption in Ukraine and prepares cases for prosecution.

Stephen Meister is a founding partner of Meister, Seelig & Fein LLP, a law firm headquartered in New York; a published author; and an opinion writer. Twitter @StephenMeister. Opinions expressed here are his own, not his firm’s.


Whistleblower Is NOT Guaranteed Anonymity


Former US Attorney General: Whistleblower Is NOT Guaranteed Anonymity, He Does Need to Publicly Testify and Be Open to Cross Examination
a whistleblower is NEVER guaranteed anonymity and that's you know they're all they're guaranteed is that they will NOT be retaliated against from a from a workplace in a job standpoint so you know for me I think the this whistleblower does need to publicly testify and be subject to cross-examination which is consistent with the American legal traditions that we all believe make this a great country that's very helpful I had not heard the identifying a portion of it as of late so I wanted to get that from you 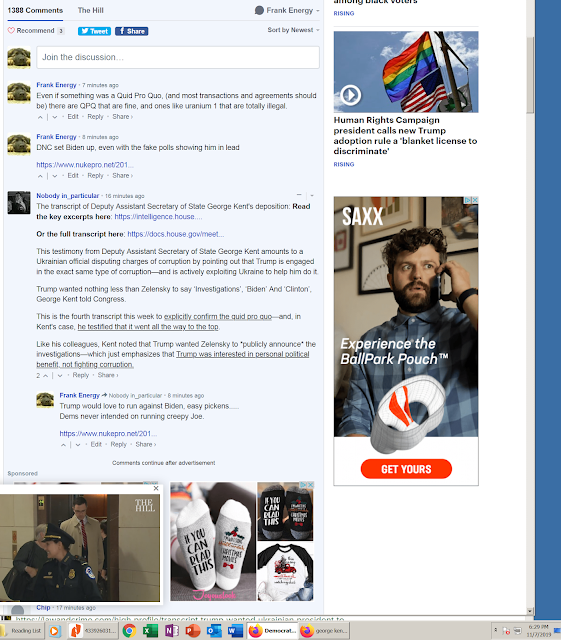