Kind of cool, I been getting a ton of hits from an official Marines website.  To this article.

There are few coincidences.

Incidentally I was part of the collateral damage of the Pearl Harbor shooting.   I was entering Pearl Harbor, at least the long offshoot from the Highway, when it turned into a parking lot.

I have a picture on my "backup phone" but I can't easily get it out since phone is so old.   Will try when time.

I asked a military man what was up and he said "Active Shooter, we won't be moving soon".    I was afraid that this could last hours.     Radio news reports indicated that the shooter had killed himself.   But it took an amazingly long time for the ambulances to leave the base, like 25 minutes after I first got into the "parking lot", so the victim recovery process was even longer than that.

But all the people stuck in this mess "played nice" and left a wide lane up the middle for second responders, many HPD officers came flying into the scene.    It was a very calm scene in the "parking lot".

So after 25 minutes, 3 ambulances went flying out of Pearl Harbor we saw them, a few minutes later, they stopped the "Lock Down" and traffic began moving, and I was not late for my meeting even. 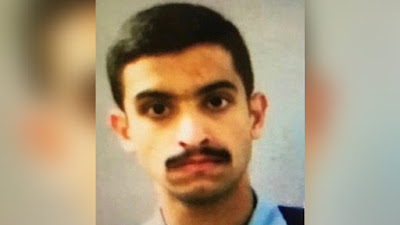 https://www.romancatholicimperialist.com/2019/12/saudi-muslim-mohammed-saeed-alshamrani.html
The second shooting was in Florida.    Apparently the shooter was a Muslim.