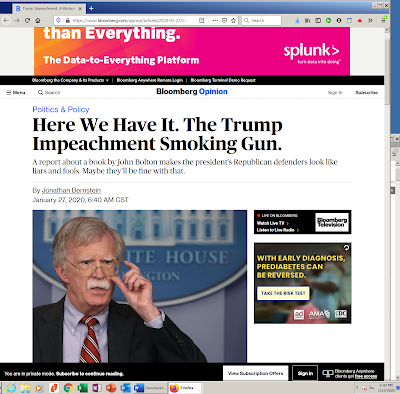 I don't think a died in the wool lib is going to stumble across my site, and actually have their mind changed.

Bloomberg thinks that if the President, who is totally responsible for foreign policy, uses even the slightest bit of favor asking of an foreign leader, that he should be removed from office.

But Bloomberg will use the full power of his machine to attack the President and ANYONE AND EVERYONE who supports the President, but it gets better....

Using a third party report about a book that isn't even out from an Establishment War Hawk who was fired by the President and quite mad about it.     And has all the reason in the world to make stuff up.

But even if Trump pressured The Ukranina president to look into element of corruption between US citizens and Ukraine, and their horrific long term record of corruption....So what?    oh because it was a political rivel, Joe Biden.....the Dems did not and do not for a second intend on running a creepy grabby old white men who has trouble with a train of thought, much less well thought out grammatical sentence.

Bloomberg using a book written by a liar, that doesn't matter anyway even if true, and calling it "the Smoking Gun"

And more from Bloomberg

LOL -- Encouraging Senators to vote to CONVICT on impeachment, using any criteria they choose. 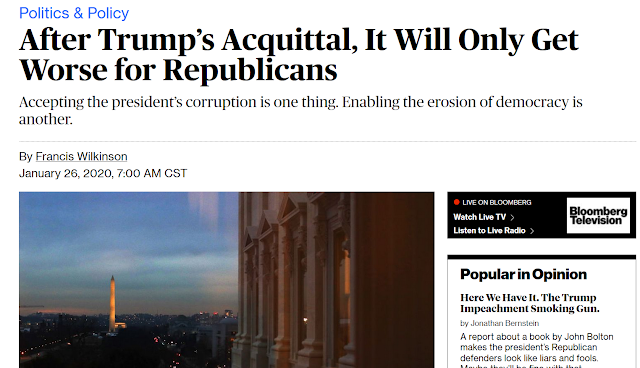