Celebrity Deaths Immediately Before the Grammies -- Are There Coincidences? 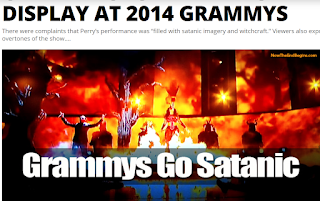 Kobe Bryant's death was a shock, 1-26-2020.    A day before the Grammies.   Conspiracies of
Hollywood flexing it's satanic muscles.

I feel like I am getting pretty conspiratorial with this post, BUT for many years now people have been pointing out the blatant satanic imagery used at the Grammies

And let the numerologist check the Kobe date of
https://voat.co/v/QRV/3628917

Victims of the Crash 9
https://www.westernjournal.com/nine-victims-helicopter-crash-killed-kobe-bryant/

And boy, do they sure like giving awards to the Globalists:

Like the suicide with 6 self inflicted nail gun hits to the head, this death was suspicious.

The coverage of the story did nothing to make one feel like they were getting the real story
https://abcnews.go.com/Entertainment/whitney-houston-death-surprising-details-coroners-report/story?id=16076589 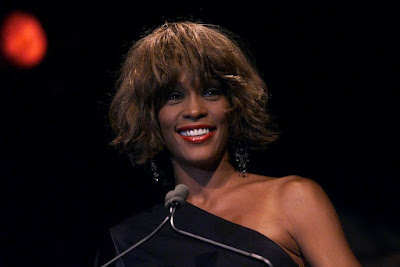 The Missing Items
The coroner reported that when found in her room at the Beverly Hilton, Houston's purse "decedent's California driver's license had been removed from the wallet, which was inside the purse, prior to my arrival."
contained her wallet, but the
"Also prior to my arrival, the majority of the decedent's prescription medication bottles had been removed from a brown bag that was on top of the table in the southeast corner of the living room, and then placed on top of that same table," the report reads.

I mean, how could he know she had a California driver license, and how would he know that the license just was never there?   I mean, just silly to explain that bottles were taken out of a bag, unless he had knowledge of who did it and when and why, in which case that should just be explained.    So Whitney was popping  all kind of pills....and neatly putting the container back in a brown paper bag, that doesn't make sense.   And why wouldn't she just carry them in her Channel bag or toiletry kit?

They said they found 12 different medications, and only mentioned 2, Xanax and Flexeril.  They stated that the Xanax did not contribute to her death, and that overall presence of drugs in her body was "mild"

Really now?  Intoxicated by cocaine???   I can see bouncing of the walls all zipped up on cocaine....but "intoxicated"?   Nothing in this story smells right.

Houston was discovered by her assistant the afternoon of Feb. 11 face down in a water-filled bathtub with a "bloody purge coming from her nose" and, according to the report, "there were two superficial abrasions to the left side of her forehead, and there was a superficial abrasion to the left side of the bridge of her nose."
Forensic pathologist Cyril Wecht said he does not fully concur with the final anatomical diagnoses on Houston, noting that the water in her tub at the Beverly Hilton was extremely hot at 93.5 degrees. He believes this indicates that Houston was not sitting in her tub, and somehow accidentally drowned.
"I think that she fell into this very hot water, that accounts for a little bruise that was seen in the left forehead area, some other pressure markings on the face, including the slight laceration of the lip, and the fact that she is lying face down," Wecht told ABC News. "I think that this lady fell into the water, she was unconscious, dead or dying when she fell into the tub.