stock here.    The Bloomberg site on "Immigrants" pretends to focus on the "economy: of immigration.    It should be clear that in the new moocher mode of immigration, the costs to real Americans is far higher than the benefits.

The Bloomberg site falls back to a 2015 data, on their front page, by trying to claim that 40% of immigration was Asian and Pacific Islanders.

In 2015 even the truly "woke" people, the conservatives aghast at how we let Hussein run things for 8 years, still did not in bulk understand the "immigration invasion" strategy.

And their "New American Festival" portends to cover all immigrants, but it is clear that the end goal is to keep the southern border open and porous.   This is the most likely route for terrorist migration from Europe and Africa. 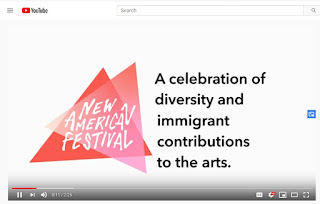 Partnership for a New American Economy

New American Economy is a coalition of business leaders and mayors launched by Michael Bloomberg and Rupert Murdoch to influence public opinion and policymakers toward comprehensive immigration reform.

Last summer, a 5-year-old girl was orally, anally and vaginally raped and urinated upon by three Muslim migrant boys in Twin Falls, Idaho. Since then, instead of getting justice, the victim’s family has been abused by law enforcement and governing authorities as if they were the criminals – because what happened to their little girl contradicts the politically correct narrative about Muslim migrants.

And it just keeps getting worse. The victim’s mother has now informed me that, despite the huge medical expenses for their daughter that this attack has necessitated, the state of Idaho has told her the maximum assistance that her family can get is $4,500.

Twin Falls is home to one of Chobani’s largest yogurt production facilities. Chobani’s owner is a Kurdish Muslim. Chobani’s is a major employer in the Twin Falls area. Plus, Chobani brags about how 30% of their Twin Falls workforce are refugees–read that as Muslims.

So, do you think that perhaps, just maybe, the fine upstanding government of Twin Falls wants to sweep this under the rug out of fear of losing Chobani as an employer and tax source? How much Chobani money has lined the pockets of these corrupt individuals? Shouldn’t we find out?

No wonder, The DA is Wendy J. Olson (born 1964) is the current United States Attorney for the District of Idaho. She was appointed in 2010 by President Barack Obama.

Since September 2001 alone, the U.S. State Department has sent more than 11,000 refugees to Idaho, more than 96% Muslim, from Iraq, Somalia, Sudan, Afghanistan, Syria, Pakistan and Syria.
The West continues to ignore the reality that this new wave of Muslim immigrants actually represents a modern-day Hijira, the Muslim flight to Medina led by Muhammad in 622 A.D., ostensibly to escape religious persecution, but ultimately to establish a base from which to launch the spread of Islam and dominate other cultures. The Twin Falls cover-up, coupled with the designs of influential Muslim-American Ulukaya, raise the specter of a modern-day Hijira, the doctrine of immigration modeled by Muhammad's migration from Mecca to Medina.

https://www.americanthinker.com/articles/2016/07/child_sexual_assault_coverup_in_idaho.html
Boise’s mayor, along with mayors in Philadelphia, Baltimore, Chicago, Dayton and Cleveland, Ohio, San Antonio, New Orleans, San Fransisco, Nashville, Atlanta, Wichita, Houston, Boston and dozens of other cities, work with an organization called the Partnership for a New American Economy. This group includes a mix of progressive mayors, executives from some of America’s largest corporations and Chambers of Commerce all working to influence Congress to allow more immigrants into the country, both skilled and unskilled, claiming that more immigration leads to more economic prosperity for Americans, a claim that is rejected by think tanks such as the Center for Immigration Studies and the Economic Policy Institute.
https://www.wnd.com/2015/04/hundreds-of-muslim-refugees-headed-to-idaho/

Partnership for a New American Economy
https://www.newamericaneconomy.org/
New American Economy is a coalition of business leaders and mayors launched by Michael Bloomberg and Rupert Murdoch to influence public opinion and policymakers toward comprehensive immigration reform. "NAE will enable Mayors and CEOs to demonstrate to policymakers the vital role that immigration plays in our economy by publishing studies, conducting polls, convening forums, and sponsoring public education campaigns."[1] Among other goals, NAE will works to persuade Congress and the White House to enact legislation which will create "a path to legal status for all undocumented immigrants now in the United States".[2] The partnership will seek to influence "by publishing studies, conducting polls, convening forums, and sponsoring public education campaigns".[1]
Wiki
Murdoch went full progressive when the UK threatened to put his kids in jail for wiretapping inside of the UK.
In exchange for not sending his kids to prison, Murdoch took FOX progressive.
FOX dumping their top show, O'Reilly demonstrates how far it has gone.
Murdochs' kids are already progressives.
FOX News is now about 70% Progressive rot.