Commentary placed at bottom of page

Kyle Jurek, one of Bernie Sanders campaign officials assure that "The cops are going to be the f**king ones getting beat in Milwaukee" 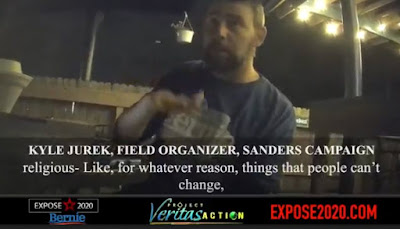 "And if your speech is calling for the elimination of people based on race or gender, or religious, Like for whatever reason, things that people can't change, then

You should expect a f**cking violent reaction.

And you deserve a violent reaction."

I see, the truth comes out.   He looks more violent than woke....I mean sheesh, didn't any of his Greta Green buddies tell him all about Gender fluidity, LOL.

Check his twitter feed, classic lefty idiot who bought all the lies.

I haven’t forgotten that fascists came to America under the disguise of Socialism/Communism....... 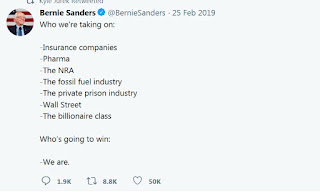 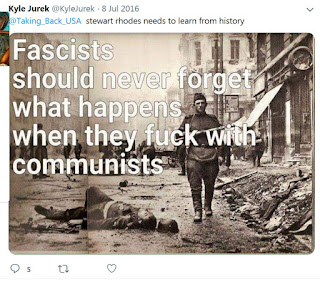 Where is this Kyle Jerek from>  at top is his twitter

Comments left on his twitter imply he was  busted for driving with no insurance, had pills and no prescription, and was arrested for drunk driving.

Don't assume the people finder thingy has the correct guy below.

People like him are walking shells that's only purpose in life is to bring about communism by any means necessary.

You might very easily fuck him up in a one-on-one match, but does that matter?
No! These people aren't playing by your rules in the battle grounds you choose.

They are cowards - make no mistake - but they are also playing to win, and you'd be smart to remember that. They are the kinds of people that would burn your house down in the middle of the night to kill you and your family.

Does it matter at that point if you are stronger, more courageous, or more moral? It's true that history is written by the victors, but it's also true that the victors are the ones left alive at the end.

Wise words are never to underestimate your enemy, but those words hold especially true when you have enemies like this. Don't underestimate them for a second. Look into his eyes, there's no soul left, only an ideology.

Personally, I don't believe for a second that it's a random coincidence that someone like this was on Sanders campaign staff, but that's just me not underestimating my enemy.
Be safe out there.