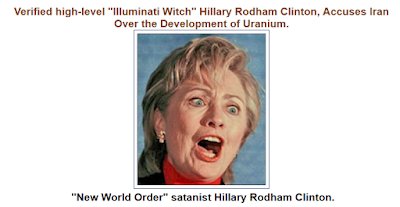 stock here.    Not my work, but deserves to be spread far and wide.   Highlights are mine, summary is
mine.

By the Way --- This "accuracy" site has quite a bit about Fukushima too, check it out.
http://accuracy.org/?s=fukushima&submit.x=0&submit.y=0 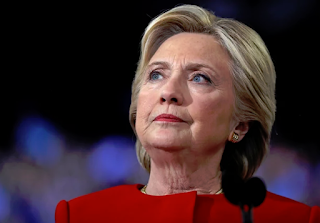 The image here is kind of funny, but given that the article is from 2010, it means that there were some waken people even before
Fukushima.

The bottom line?   Monied interests basically took over one of the 2 main USA political parties.   They did this by


They did all this to install Hillary Clinton in order to continue the Globalist takeover of the USA.

It is illegal?   On what basis?   Giving aid and comfort to the enemy.    Treason.

All who participated, even if they are now Fox news staff, LOL, looking at you Brazille.

Dems and Libs working hard to keep dead voters on the Rolls.....of course, Soros and Loretta Lynch
are involved.    And the "Brennan Center for Justice".

February 13, 2020 By journalist
by Michael Brennan

April 7, 2015: A Clinton campaign memo to the DNC articulates “Pied Piper” strategy to elevate the most extreme Republican candidates: “Our hope is that the goal of a potential HRC campaign and the DNC would be one-in-the-same: to make whomever the Republicans nominate unpalatable to a majority of the electorate. We have outlined three strategies to obtain our goal: 1) Force all Republican candidates to lock themselves into extreme conservative positions that will hurt them in a general election; 2) Undermine any credibility/trust Republican presidential candidates have to make inroads to our coalition or independents; 3) Muddy the waters on any potential attack lodged against HRC.” (Salon)
May 26, 2015: An updated confidential Clinton campaign memo to the DNC is circulated, including new language (as disclosed by “Guccifer 2.0” on 6/15/16): “3) Use specific hits to muddy the waters around ethics, transparency and campaign finance attacks on HRC… Working through the DNC and others, we should use background briefings, prep with reporters for interviews with GOP candidates, off-the-record conversations and oppo pitches to help pitch stories with no fingerprints and utilize reporters to drive a message. ”


February 21, 2016: New York Times publishes front-page story proclaiming Sanders faces “steep climb” in delegates, despite trailing Clinton by only one pledged delegate following the Nevada caucus. Clinton’s “inevitability” narrative was largely based on the implicit assumption that her institutional support — including public commitments by superdelegates — would be too powerful for Sanders’ insurgency to overcome.


March 5, 2016: DNC vice-chair Donna Brazile provides Clinton with a debate question on the Flint water crisis the day prior (as disclosed by Wikileaks on 10/11/16).


March 12, 2016: Brazile shares question with Clinton on the death penalty the day before a CNN town hall (as disclosed by Wikileaks on 10/11/16). (Washington Post)


April 19, 2016: More than 117,000 Brooklyn voters are unable to cast their New York primary vote due to illegal “voter purges” by the New York City Board of Elections. (New York Times)


April 26, 2016: DNC staffer shares messaging preparing for when Sanders ends his campaign (as disclosed by Wikileaks on 7/22/16). (The Intercept)


May 2, 2016: Politico reports bombshell on how the Hillary Victory Fund was being utilized to circumvent campaign contribution limits by the Clinton campaign and DNC.


May 5, 2016: DNC officials conspire “atheist” smear against Sanders: “It might may no difference, but for KY and WVA can we get someone to ask his belief. Does he believe in a God. He had skated on saying he has a Jewish heritage. I think I read he is an atheist. This could make several points difference with my peeps. My Southern Baptist peeps would draw a big difference between a Jew and an atheist,” said DNC CFO Brad Marshall (as disclosed by Wikileaks on 7/22/16). (Washington Post)


May 21, 2016: DNC national press secretary pitches an anti-Sanders story to DNC comms director: “Wondering if there’s a good Bernie narrative for a story, which is that Bernie never ever had his act together, that his campaign was a mess,” (as disclosed by Wikileaks on 7/22/16). (The Intercept)


June 28, 2016: Donors to Sanders file a class action lawsuit against the DNC and Wasserman Schultz alleging fraud, specifically that they violated Article 5, Section 4 of the Charter of the Democratic Party: “…the Chairperson shall exercise impartiality and evenhandedness as between the Presidential candidates and campaigns. The Chairperson shall be responsible for ensuring that the national officers and staff of the Democratic National Committee maintain impartiality and evenhandedness during the Democratic Party Presidential nominating process.”


April 25, 2017: In class action lawsuit alleging DNC fraud, DNC attorney argues the party has the right to ignore primary voters: “The party has the freedom of association to decide how it’s gonna select its representatives to the convention and to the state party. Even to define what constitutes evenhandedness and impartiality really would already drag the court well into a political question and a question of how the party runs its own affairs. The party could have favored a candidate. I’ll put it that way… We could have voluntarily decided that, ‘Look, we’re gonna go into back rooms like they used to and smoke cigars and pick the candidate that way.’” (See Newsweek: “Was the Election Rigged Against Bernie Sanders? Dnc Lawsuit Demands Repayment for Campaign Donors.”)


August 25, 2017: Judge dismisses DNC lawsuit on lack of standing: “Not one of them alleges that they ever read the DNC’s charter or heard the statements they now claim are false before making their donations. And not one of them alleges that they took action in reliance on the DNC’s charter or the statements identified in the First Amended Complaint. Absent such allegations, these Plaintiffs lack standing.” (Washington Post)


November 2, 2017: Brazile reveals Hillary Victory Fund agreement “specified that in exchange for raising money and investing in the DNC, Hillary would control the party’s finances, strategy, and all the money raised… [Clinton’s] campaign had the right of refusal of who would be the party communications director, and it would make final decisions on all the other staff. The DNC also was required to consult with the campaign about all other staffing, budgeting, data, analytics, and mailings.” (Vox)
Posted by Stock at 10:17 AM