How Not To Be Bulldozed By the "Financial System"

It took me about 10,000 hours of studying the "system" to figure out how not to be overly damaged by the system.

that are used by the powers that be to manipulate the price of gold and silver, so that they don't become more popular than the fiat currency (fake money, USD, etc) which they control and conjure into existence.    So gold and silver have done poorly over 10 years, because of manipulation. 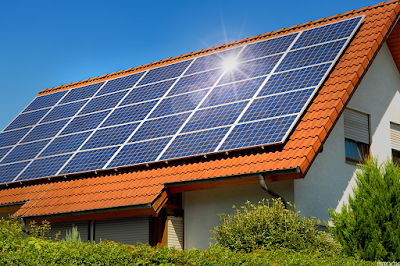 1) Growing things, food and building products, herbs and essential oils.
2) Solar energy.  what you produce on your own roof is a creation of wealth.
3) Extracting materials from the ground and fabricating them into useful objects

THAT IS ALL -- So develop some wealth with Solar Energy (PV and Thermal) and/or grow your own food.   Whatever you make for yourself, you pay no taxes on.

At least for now, until the Drone based TSA Tomato Surveillance Agency comes up with a taxing plan.

So now you could give 2 shells for those eggs, and 100 shells for a nice cart, and 3 shells for a 10lb fish to the guy who owned and operated the boat (hard asset producing income) and that is money.

Some people still tried to make agreements with others and they kept the barter system for almost everything, they just sat on their 1000 shells for future use (say retirement).    But 200 new shells washed up every year, and they were equally distributed to all 10 people.

And the fisherman, with his hard asset producing income, would eventually get 5 shells for an 8 lb fish.    He was at least keeping up with inflation.

That is inflation, 2% per year.    But the "wise" bartering people who sat on their original 1000 shells, over many years, noticed that their 1000 shells was worth a lot less.     This is the theft of inflation targeting.