McCabe "Trial" A Plethora of Anti-Trump Judge, Defender, AND the PLAINTIFF ALL Rabid Anti Trump

stock here, I was shocked when reading this transcripts of judicial events related to McCabe.

All parties in this "trial" all express extreme Anti-Trump view, openly.

In the left world, the left narrative, as well as McCabe's own TV statements pretend that this thing was dragged out so long because Trump wanted to inflict as much pain as possible on poor little McCabe.

In reality, the defendent was dragging this out as long as possible, with the Judge pressing them for movement, but not enforcing deadlines, and then with the defense just incredulously coming back time after time for delays....and get this playbook.....because another investigation which they can't even mention had information "under seal" and therefore the need to come back in "3 Months"

The left is now spinning the Judges, and the Plaintiffs totally biased nature, as "Proof that orange man is bad".     Banana republic, good lord, they are describing themselves on their high moral ground.

I spent a lot of effing time on this yesterday, and I am going to let my annotated screen captures speak for themselves.   Although nothing should shock me, I am astounded that any high level case would have such obvious partisianship.

The evidence against McCabe is beyond obvious.    So their tact is to pretend "there is nothing even there".    But they want 9 years for Roger Stone, who lied about something that he should have never even been asked about.   Same with Flynn, that was a total setup by Strzok and gang.   Manafort now....yeah he was guilty of some real shit.

Case closed.
The PDF of everything is here on my Box account.

click on the images for a larger easier to read display. 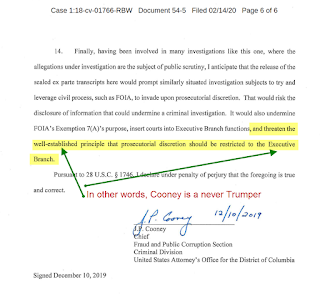 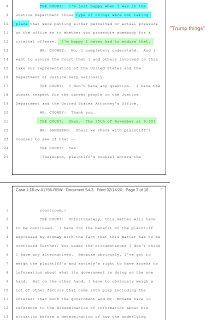 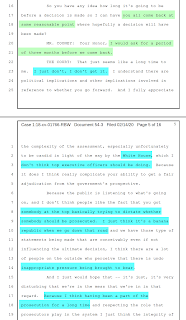 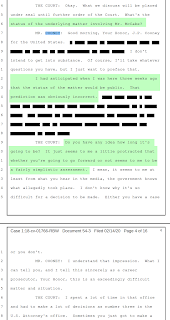 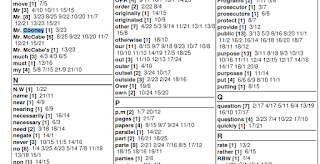 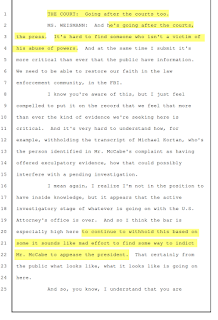 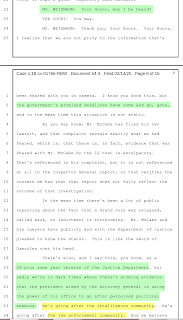 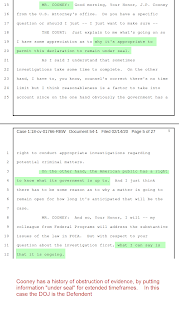