Meme of the Day. Left Can't Meme, They Try to Push Narrative That Trump Is the One Controlled By the Deep State --Fake Deep State 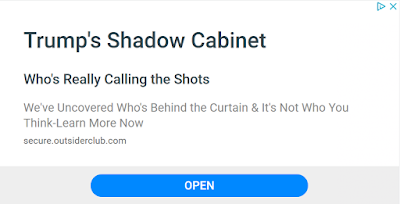 This "ad" showed up on my blog.    Long ago Google kicked me off ads, without explanation, just
that "you violated the rules".   Screw Google, I tried to protest, I tried to get back in with another account, which they then blocked.

But without permission (I guess terms of service must have changed) Google is throwing up ads on this blog, with no benefit to me. 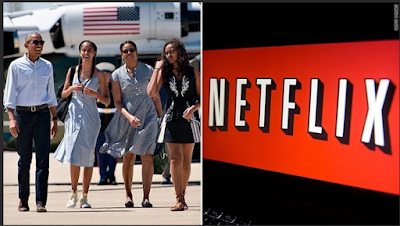 Even last week, trying to back up this blog, with HTTrack, which has always worked in the past and has been simplistic, now that failed without any actionable information to troubleshoot.   I will try again, maybe on a different computer.

Expect it.   Massive censorship.    If the good guys are smart, they are setting traps to catch these 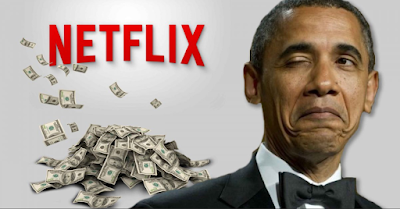 captured big techs, into something that is so obviously criminal and against FTC and defamation laws, that they can be broke up, fined like a son a gun, and do it soon, before campaign finance money because massively important.

And let's throw this out, because it is so beyond obvious.    The way to reward deep state criminals is to give the long term Netflix contracts, they get paid off with a nice "signing bonus" and then they are kept on the hook to keep the gravy train going.     Boom, said it I have.

“For decades,” Hastings added, “she has tackled difficult, complex global issues with intelligence, integrity and insight and we look forward to benefiting from her experience and wisdom.”

Rice said she was “thrilled” about it too.
Others not so much. The woman accused of numerous public lies ignited immediate calls on Twitter to boycott the streaming service and abandon subscriptions.

As Obama’s UN ambassador, Rice was tapped to go on five consecutive Sunday talk shows the September weekend after the 2012 Benghazi murders and consulate sacking. There, she repeatedly blamed the nightlong attacks on locals’ ire over an anti-Muslim video YouTube.

Subsequent email revelations showed the Obama White House and then-Secretary of State Hillary Clinton knew from the very beginning the attack was the work of terrorists. Despite numerous pleas from the scene, no rescue attempt was made.

Rice was also identified (and criticized by President Trump) for inappropriately unmasking members of his transition team inadvertently captured on secret surveillance tapes of Russian targets. She has denied wrongdoing.


Reaction from conservatives was not conservative. From Tom Fitton, president of Judicial Watch: “Netflix doubles down in support of Obama corruption — compromised Susan Rice, who lied repeatedly on both Benghazi and the unmasking issue joins its Board of Directors.”


stock here -- this is what is coming folks.    After blowing apart a "whistle blower" 355 page testimony, Google immediately put my blog on the blog-non-grata, and starting censoring the hell out of my entire blog, not just this one article.

In true Marxist fashion, those that resist shall be destroyed!!


For "them" it's all or nothing, they care nothing of the aftermath if they should lose.     And Big Leftist Tech, owns all the tech.   How the F did we allow this to happen?   Massive ridiculous censorship, and more false new.   Get ready for it.

I guess 8 years of a purposefully false leadership under Obama, and the set up by 20 years of Globalists.

In the chart held by Nickelback, it show my blog readership.   Some ups and downs, but a nice steadily increasing trend up.   Until I blew apart the "testimony", the orchestrated efforts under Schiff of the never Trumpers.

Here is my article that rips apart not just the "testimony", but exposes the whole narrative they are trying to sell. 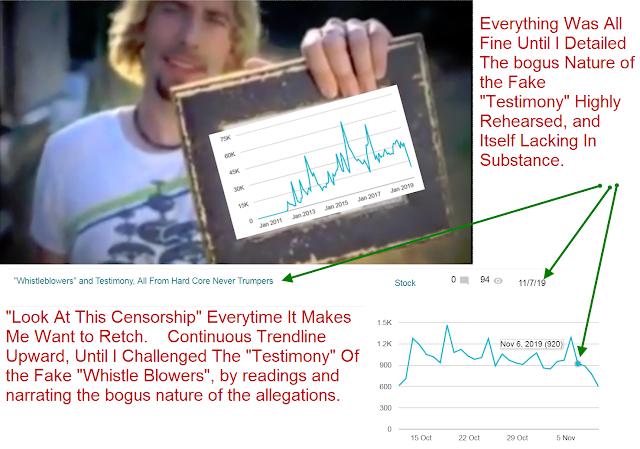